Rows and resignations: is this the end for Boris Johnson? 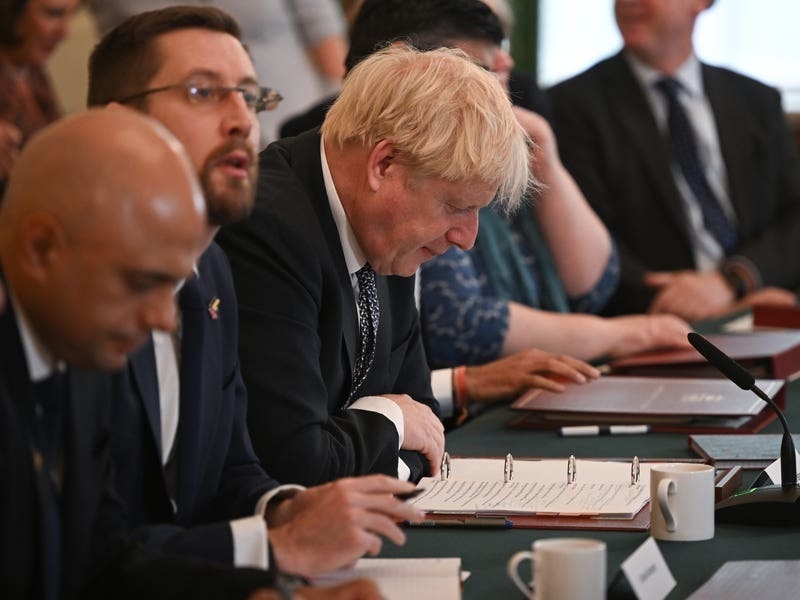 Boris Johnson’s leadership is in the balance following the resignation of his chancellor Rishi Sunak and health secretary Sajid Javid.

Mr Sunak and Mr Javid both highlighted concerns about the leadership in their resignation letters.

The now ex-chancellor said “the public rightly expect government to be conducted properly, competently and seriously” and “I believe these standards are worth fighting for and that is why I am resigning”.

He also hinted at splits on economic policy, pointing to the need to “work hard, make sacrifices and take difficult decisions” – a planned joint speech with the Prime Minister had made it clear “our approaches are fundamentally too different”.

Mr Javid said the public had concluded that under Mr Johnson the Tories were not “competent in acting in the national interest” and the Prime Minister could not offer “humility, grip and new direction”.

The Prime Minister’s judgment has once again been called into question over his handling of the Chris Pincher row.

The former deputy chief whip quit last week after he “drank far too much” and “embarrassed myself” at the exclusive Carlton Club, where he allegedly assaulted two male guests.

Asked if it was an error to give Mr Pincher a role in his government, he said: “I think it was a mistake and I apologise for it.”

– Any other causes of concern?

Plenty. Just last month saw 41% of Tory MPs say they had no confidence in the Prime Minister, with issues including his personal style, economic policy and the Sue Gray report into lockdown-busting parties in Downing Street motivating the rebels.

Some Tory MPs were prepared to back Mr Johnson, who led the party to a landslide electoral win in 2019, because of his popularity with voters.

But the by-election defeats in Tiverton and Honiton and Wakefield, which led to the resignation of Tory chairman Oliver Dowden, cast doubt on the idea of Mr Johnson remaining an electoral asset to the party.

– What next for Mr Sunak and Mr Javid?

They both have leadership ambitions and are in a position to inflict further wounds on the Prime Minister.

As resigning ministers they have the opportunity to make statements in the Commons explaining their reasons.

– Is it just the usual suspects that the Prime Minister needs to worry about?

“I  feel for too long we have been more focused on dealing with our reputational damage rather than delivering for the people of this country and spreading opportunity for all, which is why I came into politics,” he said.

But the Prime Minister could continue to count on staunch allies Conor Burns and Nadine Dorries who both gave public messages of support.

It’s only days since Mr Johnson said he was looking ahead to a third term in office which would keep him in No 10 into the 2030s, so resigning does not appear to be on his mind.

Unless the remaining Cabinet ministers tell him the game is up, the main source of danger for the Prime Minister may be another attempt by backbenchers to oust him.

For that to happen, the rules of the 1922 Committee of backbenchers will need to be changed to allow another confidence vote within 12 months.

Unhappily for the Prime Minister, vacancies on the committee’s executive could be filled by critics who are ready to make that rule change.

Allies of Mr Johnson warned that would leave any successor as Tory leader with a “gun to their head” and the prospect of a confidence vote at any time if the threshold of 15% of MPs calling for one is met.

Under normal political rules, a Prime Minister in Mr Johnson’s position would probably already be calling the removal vans to Downing Street.

But Mr Johnson has made a career out of defying political gravity and still has a comfortable Commons majority.

David Cameron suggested his fellow Old Etonian Mr Johnson is a “greased piglet” and the Prime Minister may yet find a way to save his bacon.