Truss: UK will continue stand up for the rights of Hong Kong 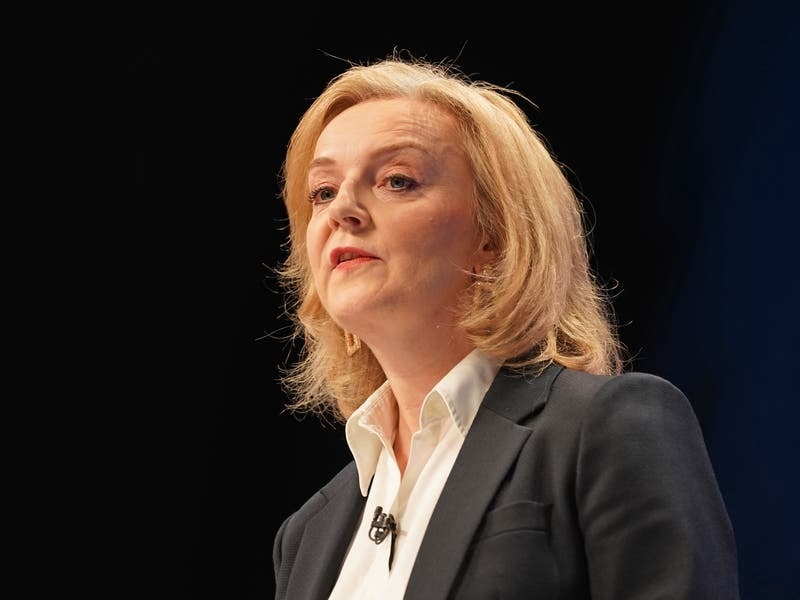 Foreign Secretary Liz Truss has said Britain will continue to support rights of the people of Hong Kong 25 years after it returned the former colony to China.

In a statement to mark the anniversary of the handover on Friday, Ms Truss acknowledged the past two years had seen a “steady erosion” of the rights and freedoms agreed in the Sino-British Joint Declaration.

However she insisted that the UK’s “historic commitment” to the people of the territory still endured.

Her statement came as Chinese President Xi Jinping arrived in Hong Kong ahead of a ceremony to celebrate the occasion.

In her statement, Ms Truss said that under the terms of the legally-binding Joint Declaration, signed in 1984, China had a duty to uphold Hong Kong’s high degree of autonomy and rights and freedoms

However there had been a steady erosion of political and civil rights since the imposition by Beijing of the National Security Law in June 2020 – brought in following mass protests over legislation allowing extradition from Hong Kong to the mainland.

“Authorities have stifled opposition, criminalised dissent and driven out anyone who can speak truth to power,” she said.

“We have called out their conduct on the world stage and stood together with our G7 partners in condemning the steady erosion of political and civil rights and Hong Kong’s autonomy.

“Twenty-five years on, the UK continues to stand unwaveringly with Hong Kong. We are working with our allies and partners as part of a global network of liberty to hold China to its international obligations.”

It follows her call to Nato allies to provide defensive weaponry to Taiwan amid growing concerns that China is preparing to invade the self-governing island which it has long claimed.

In contrast, Mr Xi said Hong Kong had overcome many challenges over the years and had been “reborn from the ashes” with “vigorous vitality”.

“As long as we stick to the ‘one country, two systems’ framework, Hong Kong will certainly have a brighter future and will make new and bigger contributions to the great rejuvenation of the Chinese people,” he said.

He praised the territory’s chief executive Carrie Lam for ending what he said was chaos that had gripped the city and for ensuring that only “patriots” would rule Hong Kong.