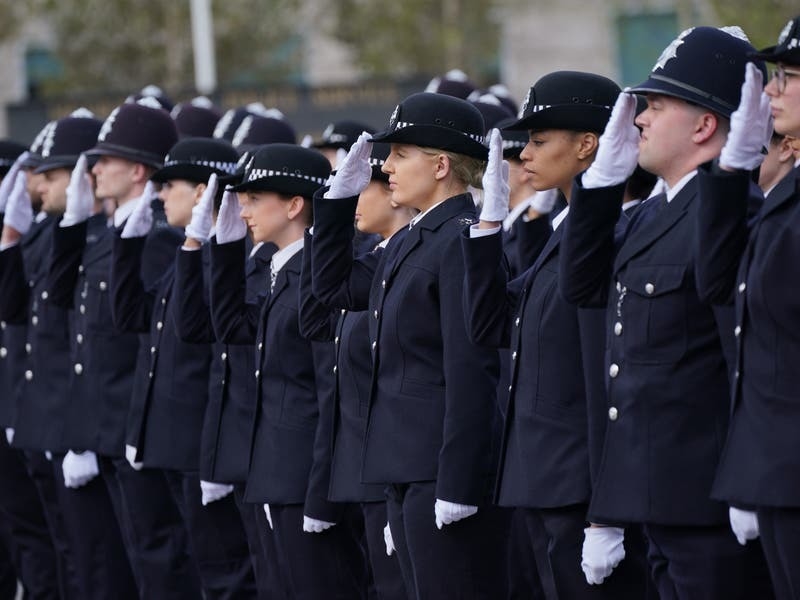 Six police forces in England are currently under special measures, Her Majesty’s Inspectorate of Constabulary and Fire and Rescue Services (HMICFRS) has confirmed.

The Metropolitan Police, the UK’s largest police force, was placed under special measures this week after a series of failures.

HMICFRS said the Met is being closely scrutinised having faced extensive criticism following the death of Sarah Everard, who was abducted and murdered by serving Met police officer Wayne Couzens, and the Charing Cross police station scandal.

The watchdog said there are now six police forces in its Engage phase of monitoring – also referred to as special measures.

According to the HMICFRS website, a force enters the Engage process if it is “not responding to a cause of concern, or if it is not succeeding in managing, mitigating or eradicating the cause of concern”.

It adds: “In the Engage phase, forces will develop an improvement plan to address the specific cause(s) of concern that has caused them to be placed in the advanced phase of the monitoring process.”

Inspectors have raised “systemic concerns” about the Met, including its substandard response to emergency calls, “barely adequate” crime recording and a backlog of child abuse referrals.

A watchdog letter to the Met said failures have been exacerbated by the number of young and inexperienced recruits brought in as part of the national drive to replace thousands of officers cut during austerity measures.

Matt Parr, from HMICFRS, wrote to acting Met Commissioner Sir Stephen House, saying the organisation has had “substantial and persistent concerns” about the force “for a considerable time”.

These included the findings of a damning report in March which said the force’s approach to tackling corruption was “fundamentally flawed” and “not fit for purpose”.

In the letter, seen by the PA news agency, Mr Parr said: “These systemic failures were not just in relation to counter-corruption related specialist matters but more generalist matters too, such as the quality of basic supervision provided to officers.

“In this respect, the gravity of the matter is amplified by the presence of a relatively young, inexperienced workforce – a consequence of the Metropolitan Police Service’s increased recruitment enabled by the police uplift programme.”

A recent inspection carried out by the watchdog, aimed at assessing the force’s “effectiveness, efficiency and legitimacy”, had raised “further systemic concerns”, he said.