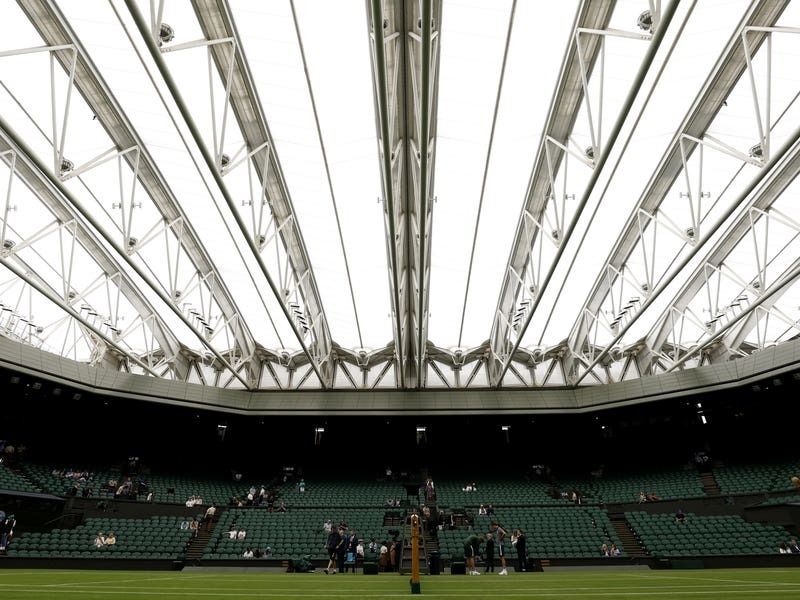 Centre Court supporters said they were saddened to see the Scot and British women’s number one leave the competition so early, and speculated that the day of disappointment could drive attendance figures down.

Crowds have been sparser than expected at this year’s Championships, spectators say partly due to coronavirus fears, rainy weather and the rising cost of living.

The Met Office has warned of more rainy weather on the way, with “cloud bubbling up with isolated heavy showers developing” over the south-west London venue on Thursday afternoon.

The All England Lawn Tennis and Croquet Club organisers had expected 42,000 tickets to be sold daily.

Richard Evans, 32, from Peckham, south-east London, told the PA news agency late on Wednesday that major British losses meant Wimbledon officials are “going to struggle to get people here” in the coming days.

Murray fan Lynne Lanyon, 71, a nurse from Plymouth, south-west England, said she was disappointed by his loss but “enjoyed every minute” of the match.

Morgan Willmott and her boyfriend Dylan Shepherd, both 19, thought Raducanu caved under unimaginable pressure for someone their own age.

Play was delayed on several occasions due to downpours over the first three days, and Britain’s number one Cameron Norrie said the postponements put him “on edge”.

Norrie is the only one of the seven British singles players not competing on Thursday, instead scheduled to make his return to the hallowed grass courts on Friday.