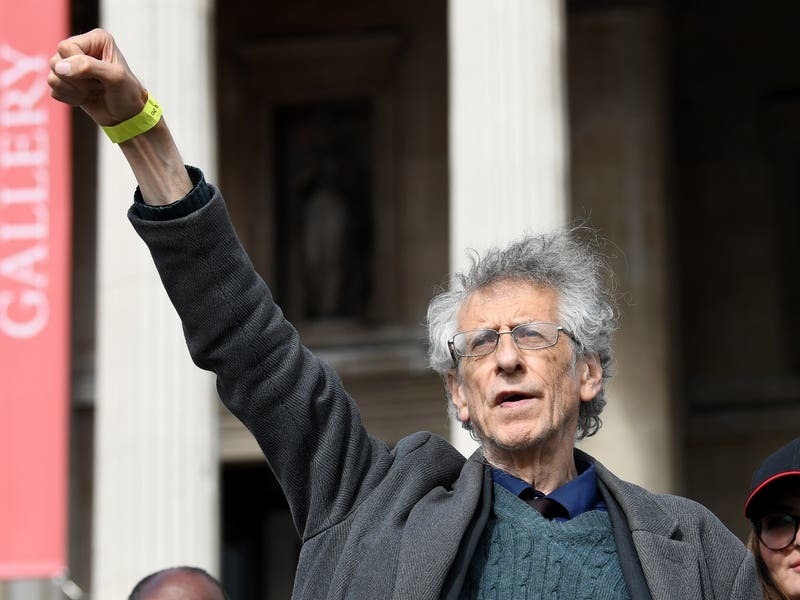 Piers Corbyn has been fined after breaching Covid-19 restrictions during a series of anti-lockdown protests in central London last year.

The 75-year-old brother of former Labour leader Jeremy was found guilty at Westminster Magistrates’ Court on Wednesday of participating in four different gatherings of more people than restrictions allowed at the time between August 29 and December 31 2020.

He was fined £750 and had to pay £275 in prosecution costs and £109 in surcharges following the incidents in Trafalgar Square, Westminster and South Bank, the Metropolitan Police said.

The offences involved gatherings of more than 30 people at a time when regulations stated no-one could participate in groups of more than six outdoors unless certain exemptions applied.

Creffield was fined £250 for all three dates and she also had to pay £50 in prosecution costs and £34 in surcharges.

Detective Inspector Chris Rudd said: “It was saddening to have to deal with these incidents where large numbers of people illegally gathered in breach of Covid regulations during a national emergency period.

“At a time when so many members of the public were making considerable sacrifices and abiding by the rules to keep others safe, these individuals acted selfishly and risked spreading the virus.

“However, our policing response demonstrated that we were prepared to take action and issue fixed penalty notices to those deliberately flouted the rules.”