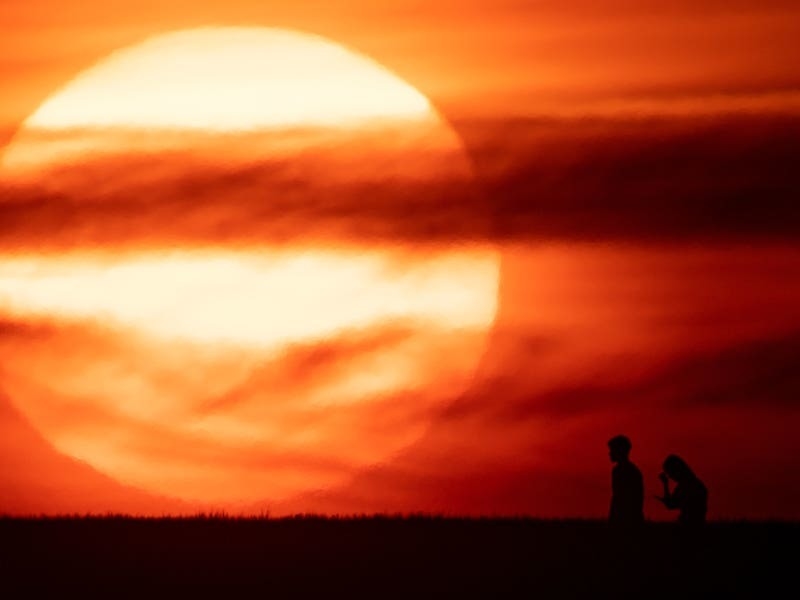 Every heatwave being experienced today has been made more intense and more likely to happen because of climate change, scientists have warned.

A review of extreme weather hazards shows that for some, such as heatwaves, it is “unequivocal” they are worsening because of global warming, and the impact in terms of lives lost and financial costs are being underestimated.

For others, such as tropical cyclones, there are variations between regions and the role that climate change plays in each event.

But severe droughts in many parts of the world are not due to climate change, the review by scientists from University of Oxford, Imperial College London and the Victoria University of Wellington, New Zealand, said.

Extreme weather events linked to climate change have caused a large number of deaths and cost billions of pounds in damage in recent decades, the study published in the journal Environmental Research: Climate said.

The review looked at information from the latest reports from the UN’s Intergovernmental Panel on Climate Change (IPCC) and results from the growing body of attribution studies which use weather observations and climate models to identify the role of global warming in specific events.

“We can very confidently say that every heatwave that is occurring today is made more intense and more likely because of climate change.

“There are local factors like land use changes that might change how much more likely, but there’s no doubt climate change is really an absolute gamechanger when it comes to heatwaves”, around the world, she said.

It was no longer necessary to wait for the attribution studies – which she helped pioneer – on individual heatwaves to know that they were being driven by climate change, she said.

In the UK people thought of building flood defences to adapt to global warming, but the big change for Britain when it came to climate change was  in heatwaves – and extreme heat was deadly, she said.

But in other extremes, such as drought, the role of climate change was being overestimated.

Dr Otto pointed to East Africa, which has a naturally highly variable climate that contributes to drought, and warned that disaster there was linked to poverty and lack of health care systems and infrastructure.

The study authors say there is a need to record the impact of extreme weather far more systematically around the world, as a lack of data on previous events makes it harder to cope with future extremes.

Lead author Ben Clarke, from the University of Oxford, said: “The rise of more extreme and intense weather events such as heatwaves, droughts and heavy rainfall have dramatically increased in recent years, affecting people all over the globe.

“Understanding the role that climate change plays in these events can help us better prepare for them. It also allows us to determine the real cost that carbon emissions have in our lives.”

On the different types of extremes, the review found that:

– Heatwaves are now occurring far more frequently and are hotter, and some events are happening that would be all but impossible without climate change, with tens of thousands of heat-related deaths a year due to global warming.

– Heavy rain events have become more frequent and intense across most parts of the world, mainly due to climate change, with a growing number of floods made more intense by the effects of rising temperatures on rainfall.

– Tropical cyclones have seen no significant changes in frequency globally, but a greater fraction of those that do happen are the most intense category four and five “superstorms”, and events such as Hurricanes Katrina and Sandy have been amplified by climate change.

– Wildfire risk has already substantially increased in many regions and recent blazes in Canada, the US, Australia and other parts of the world have been made much more likely by climate change, causing deaths, the health impact of air pollution, billions of pounds of damage and harm to wildlife.

– Drought is worsening due to climate change in some already at-risk places such as the Mediterranean and western US, but severe droughts in many parts of the world are not attributable to climate change, due to high natural variability.