NHS trust due to face court after probe into two deaths 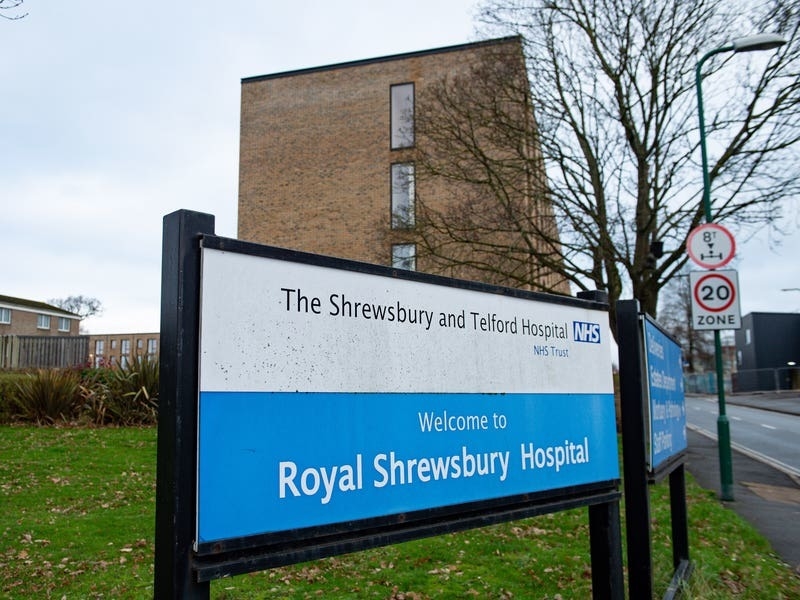 The Shrewsbury and Telford Hospital NHS Trust is due to appear in court after an inquiry into two incidents which led to the deaths of patients.

The Care Quality Commission said the trust, which was recently the subject of a highly critical report into the maternity services it offered between 2000 and 2019, will appear at Telford Magistrates’ Court on Wednesday.

The trust is facing three charges, which are understood not to be connected to maternity care, brought under the Health and Social Care Act 2008.

The charges allege that the trust failed to provide care and treatment in a safe way, resulting in harm or loss on or before dates in October 2019 and May 2020.

The Care Quality Commission said in a statement: “CQC brought the prosecution following two separate incidents, each resulting in the death of a patient, after they were allegedly exposed to the risk of avoidable harm at Royal Shrewsbury Hospital.”

The health regulator also alleges that other patients were exposed to a significant risk of avoidable harm.

An independent review of maternity services, chaired by Donna Ockenden and published in March, found “repeated errors in care” at the trust, which led to injury to either mothers or their babies.

Some 201 babies could have – or would have – survived if the trust had provided better care, the report said.