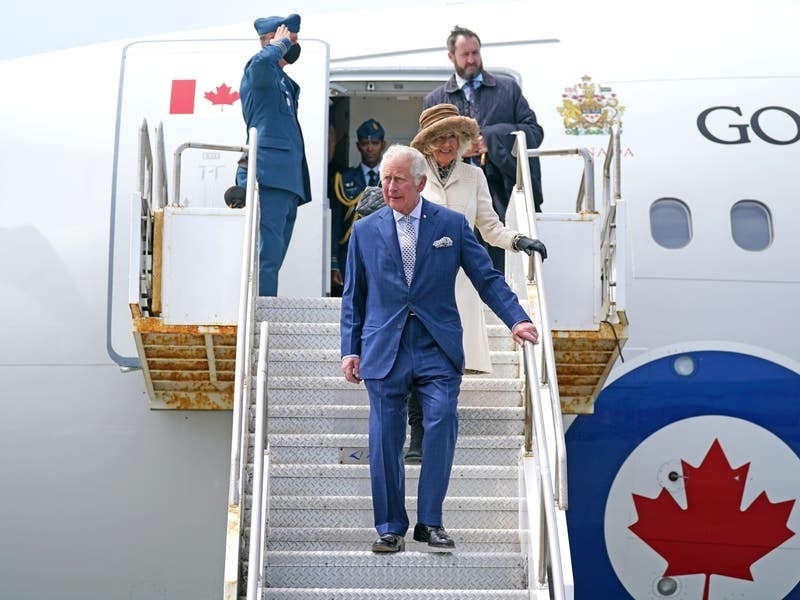 The Prince of Wales has pledged to listen and learn from Canadians embarking on a process of reconciliation to “come to terms with the darker and more difficult aspects of the past”.

Charles and the Duchess of Cornwall began their tour of Canada by meeting Prime Minister Justin Trudeau and Governor General Mary Simon, amid the backdrop of a national scandal stretching back decades that saw thousands of indigenous children die or be abused in the school system.

Before the couple flew to Canada they faced calls from indigenous communities for the Queen – Canada’s head of state – to formally apologise for the treatment of indigenous people in education institutions.

After a formal welcome to St John’s on Canada’s east coast, where the prince inspected a guard of honour, he addressed dignitaries in the Confederation Building.

“I have greatly appreciated the opportunity to discuss with the governor general the vital process of reconciliation in this country – not a one-off act, of course, but an ongoing commitment to healing, respect and understanding.

“I know that our visit here this week comes at an important moment – with indigenous and non-indigenous peoples across Canada committing to reflect honestly and openly on the past and to forge a new relationship for the future.”

Charles went on to say that during their three-day Platinum Jubilee tour, which begins in the province of Newfoundland and Labrador and will see the couple travel to Ottawa and Yellowknife, the capital city of the Northwest Territories, “my wife and I look forward to listening to you and learning about the future you are working to build”.

He added: “As so often in the history of this country and her people, Canadians have embarked on a journey that demands commitment and courage.”

Canada has been coming to terms with the grim discovery last year of hundreds of human remains in unmarked graves at former church-run schools – institutions to which indigenous children were forcibly relocated for generations.

Pope Francis plans to visit Canada this summer to apologise for the abuse suffered by indigenous people at the hands of the Catholic Church.