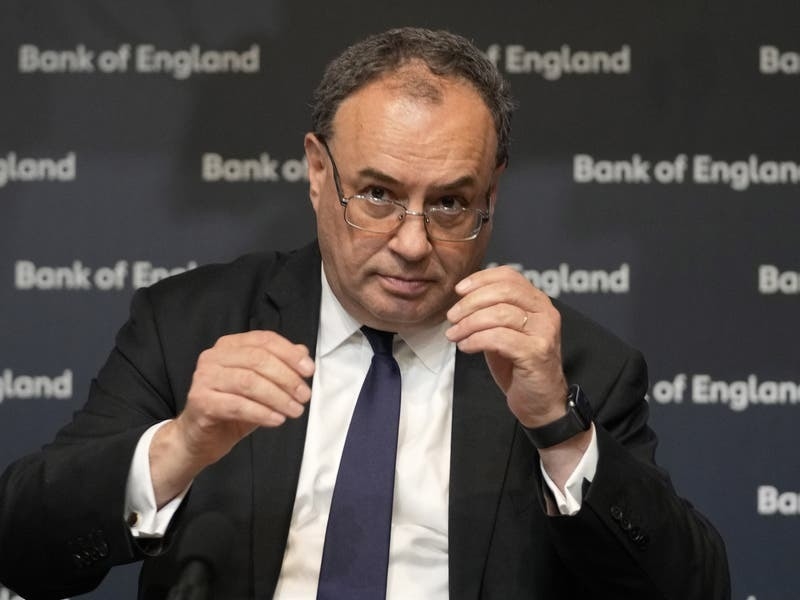 A Cabinet minister said he was “surprised” by the Governor of the Bank of England issuing an “apocalyptic” warning about rising food prices.

In a sign of the tension between the Government and the Bank, Brandon Lewis criticised Governor Andrew Bailey’s choice of words to describe the rising cost of living.

Mr Bailey delivered a series of bombshell warnings about the impact of rising inflation and admitted he felt “helpless” in the face of global pressures during an appearance before MPs.

Mr Lewis’s public comments a day after the Governor’s appearance before MPs are a signal of the private concerns being expressed within the Cabinet about his effectiveness.

“We do recognise … and as a constituency MP I see the challenges that some of my constituents face, that we all face.

“In my part of the world, we are all – the majority of people – on oil fire heating and you see that change in the price which has a big impact on people.

“That’s why I think it is important as a Government we put in the packages of support we’ve put in and, as the Chancellor said, this is something we will keep under review because of the global pressures, as the Bank of England Governor said yesterday, that we’re seeing on economies around the world.”

The Bank of England operates independently of government but has a mandate to keep inflation below a 2% target set by ministers.

The Bank of England has said inflation is likely to peak at 10.25% during the final quarter of 2022.

Mr Lewis’ public comments follow a Sunday Telegraph article which quoted unnamed Cabinet ministers criticising the Bank and suggesting its independence was being questioned within Government.

One said the Bank had been failing to “get things right” and another suggested that it had failed a “big test”.

The Prime Minister’s official spokesman said: “The Bank of England has independence over monetary policy, it’s not for the Government to comment on the conduct or effectiveness of its monetary policy.

“We are fully committed to the its independence and to the 2% inflation target.”

In his evidence to the Commons Treasury Committee on Monday, the Governor stressed that the war in Ukraine has resulted in an unpredictable jump in inflation, highlighting that there is still a “major worry” over further rises in food prices due to the conflict.

“Sorry for being apocalyptic but that is a major concern.”

He said the main driver of inflation is “the very big, real income shock which is coming from outside forces and, particularly, energy prices and global goods prices”.

He warned “that will have an impact on domestic demand and it will dampen activity, and I’m afraid it looks like it will increase unemployment”.