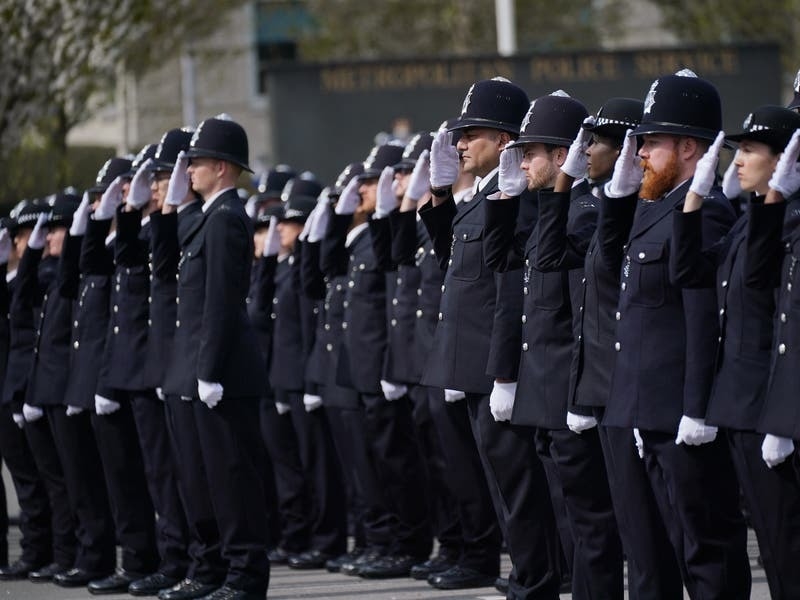 Just two in five police officers hired in recent years are female, according to new figures.

As part of a 2019 election manifesto pledge, the Government promised an uplift of 20,000 new police officers across England and Wales by March 2023, alongside a campaign to improve gender and ethnic diversity in the force.

Home Office data shows that female recruits made up just 42% of the 24,577 police officers hired between April 2020, when gender breakdowns were first recorded, and March this year.

The proportion of women in police ranks has increased slightly since before the uplift began, standing at 34% at the end of March, up from 31% at the same point in 2019.

The figures are a headcount, women are more likely to work part-time, meaning that the number of female police officers on the streets is also likely to be lower than these numbers suggest.

Jemima Olchawski, chief executive of the Fawcett Society, a charity campaigning for gender equality, said that trust in the police had been “shaken” by a “culture of misogyny” in certain forces.

She said: “These stats represent some welcome progress but to get to equality we need more women entering the force and that means recognising there is a real problem with sexism and taking meaningful action to stamp it out.”

The gender balance of new hires varies by police force.

Rick Muir, director of the think tank Police Foundation said: “The number of female police officers has gradually been increasing over the past two decades, but there’s still a long way to go.”

Speaking about the uplift, he said the Government has focused on “quantity over composition” in order to hit its manifesto target – not giving enough focus on the diversity of new recruits to the police force.

Mr Muir added that it is too early to tell whether recent policing scandals, and declining trust in police forces, will put a dent in the number of women signing up.

A total of 13,576 additional officers have joined police ranks across England and Wales as part of the uplift since November 2019, when accounting for those who have left their roles.

A spokesperson for the Home Office called it a “once in a generation opportunity to make the police more representative of the community they serve”, adding: “The police officer workforce is more diverse than it has ever been.

“However, we are aware that there is more work to be done, which is why the Government continues to work closely with police forces to ensure their workforces are representative.”