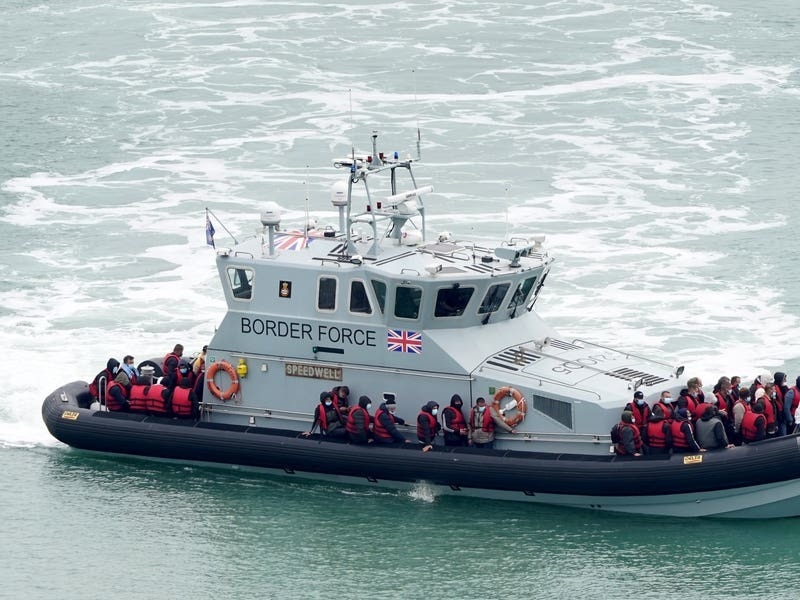 More than 8,000 migrants have arrived in the UK after crossing the English Channel this year, figures show.

Since the start of 2022, 8,393 people have reached the UK after navigating busy shipping lanes from France in small boats, according to analysis of government data by the PA news agency.

Crossings resumed this weekend, with more than 600 people arriving in Kent over two days, after four consecutive days last week without any taking place amid poor weather conditions.

Some 436 people made the crossing to the UK in nine boats on Sunday after 167 in 13 boats arrived on Sunday, according to Ministry of Defence (MoD) figures.

In an interview with the Daily Mail this weekend, Prime Minister Boris Johnson said 50 migrants have already been told they are due to be flown to the east African nation within a fortnight but he anticipated legal opposition to the move.

Last week Tom Pursglove, one of the Government’s immigration ministers, told MPs on the Commons Home Affairs Committee that the scheme was a “new and untested policy” and could not point to what modelling was used to give the “evidence base” to implement it.

Downing Street acknowledged crossings would continue while work takes place to set up the Rwanda policy.

“Short-term, we will continue to see these crossings take place until this policy is fully established,” the Prime Minister’s official spokesman said.

Tackling the issue of migrants in France has been a source of tension between Downing Street and the Elysee Palace.

Asked whether France could be doing more, the spokesman said: “Certainly we want to go further in partnership with the French government.

“You will know that we are providing them with significant funding and there have been a number of successes, thousands of potential crossings have been thwarted, but we do think there is more to do.”

There have been nine days of crossings so far in May, with 1,700 people arriving in the UK as a result.

The highest daily total for 2022 to date was recorded on April 13 when 651 people made the crossing in 18 boats.

Despite the increasing numbers, the UK’s small boat arrivals are a fraction of the number of people arriving in Europe.

Data from the UN’s refugee agency shows at least 120,441 people arrived in Europe via the Mediterranean by land and sea in 2021.