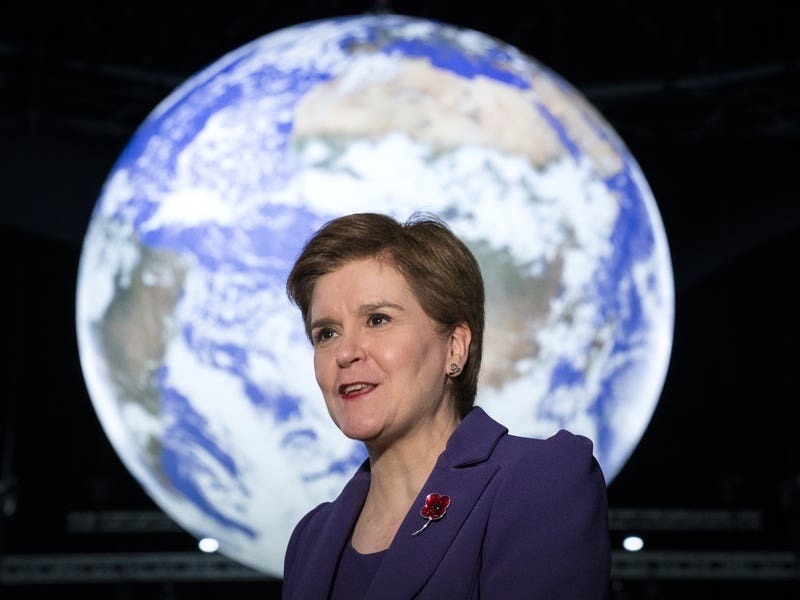 Failure to secure a “just transition” from fossil fuels could open the door to authoritarian leaders, Nicola Sturgeon has said.

In a speech during a visit to Washington DC, Scotland’s First Minister said she believed one of the reasons for the rise of populism across the world was due to “the sense that people have been left behind”.

The First Minister stressed the need to ensure that areas and communities which currently benefit from fossil fuels are not abandoned by the move to renewables.

Speaking at the Brookings Institution think tank in the US capital, the First Minister said: “One of the reasons for the wave of populism we’ve seen in many countries in the developed world – including in both the UK and the USA – is the sense that people have been left behind, that they’ve been ignored and disregarded by their governments.

“That sense has its roots the economic changes of the 1980s, and it was compounded by the impacts of the 2008 financial crash.

“And so if the move to net zero turns out to be yet another economic upheaval that is done to people and communities rather than done with and for them, if people don’t have the chance to influence the changes they see in their lives, and if they cannot see and feel any benefit from those changes, then there is a real danger that communities will feel abandoned again, that faith in politics will be further undermined, and more countries will become susceptible to the populism of strongmen leaders.

“That would be disastrous for our environment, detrimental for our, in some places, already fragile democracies, and deeply dangerous for our national and international security.”

The First Minister drew on her upbringing in Ayrshire during the 1980s, which she said was “deeply scarred” by deindustrialisation.

She added: “That experience of the impact and harm of deindustrialization weighs very heavily on me now as a First Minister seeking to lead my country through the process of decarbonisation.”

Reports from the UN’s Intergovernmental Panel on Climate Change (IPCC) science body have warned the window to limit temperature rises to 1.5C above pre-industrial levels, the threshold beyond which the worst impacts will be felt, is rapidly closing.

“In the words of the UN Secretary General, a 2C rise will create a ‘hellscape’ on earth,” she said.

“Equally clear is the consensus that to avoid this ‘hellscape’ and limit global warming to 1.5C, global emissions must be halved by the end of this decade.

“So it is not an exaggeration to say that the 2020s will be the most important decade in human history.

“Our decisions and actions over what is now a very short period of time will determine how habitable our planet is in decades and generations to come.”