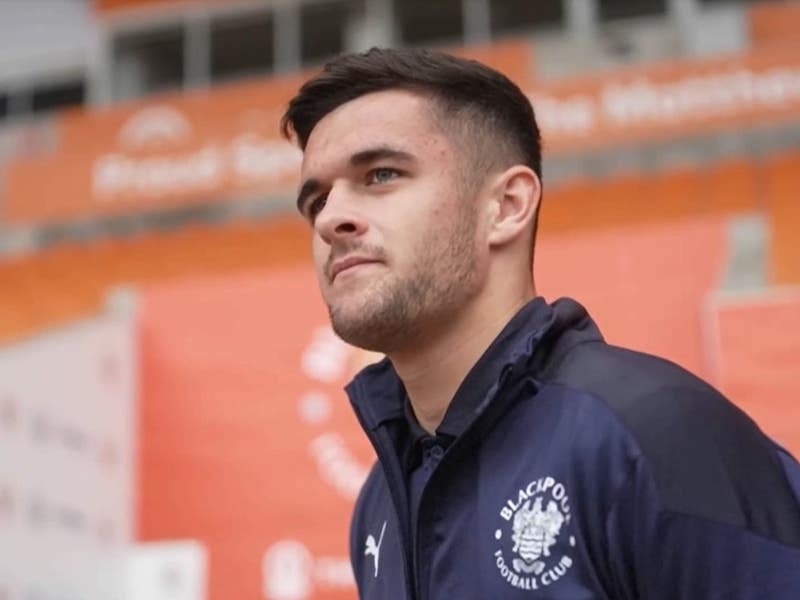 Prime Minister Boris Johnson commended the “bravery” and “courage” of Blackpool footballer Jake Daniels after he came out as gay.

The 17-year-old forward on Monday became the first British man in the professional game to come out publicly since Justin Fashanu in 1990.

Mr Johnson tweeted: “Thank you for your bravery Jake, it would have taken huge courage to come out and you will be an inspiration to many both on and off the pitch.”

Daniels signed his first professional contract with Blackpool in February and made his Championship debut earlier this month.

Shadow health secretary Wes Streeting tweeted: “This shouldn’t need courage in today’s day and age, but it does.

“Thank you @Jake_Daniels11 for being a trailblazer.

“But Jake Daniels’ decision really is a big deal.

“Huge love and respect to @Jake_Daniels11 for showing such courage and blazing a trail for others to follow.”

LGBTQ+ charity Stonewall, which is behind football’s Rainbow Laces campaign, offered support to both Daniels and his club as they planned the release of his statement.

The organisation tweeted: “We are proud that Jake has felt able to share his truth with the world.

“To come out publicly as the first openly gay player in men’s professional football in the UK in the last 30 years takes courage.

“We’re honoured to be supporting him!

“We are heartened by the solidarity he has received from the club and his teammates.

“It has been ready for some time.

“Our #RainbowLaces campaign has taught us that while there is still a way to go, attitudes towards LGBTQ+ people in sport are changing.

“We’re moving towards a world where players can live openly as their true selves, both on and off pitch.

“That’s something we can all take pride in.”

LGBTQ+ stars from the world of entertainment also gave their reactions.

“Brilliant, brave @Jake_Daniels11, a professional Championship footballer with @BlackpoolFC, has come out.

“Huge respect to you, Jake, and to your club and teammates for supporting you.”

Comedian and activist Eddie Izzard wrote: “I salute you, Jake.”

In his statement, released by Blackpool, Daniels said: “I’ve hated lying my whole life and feeling the need to change to fit in.

“I want to be a role model myself by doing this.

“There are people out there in the same space as me that may not feel comfortable revealing their sexuality.

“I just want to tell them that you don’t have to change who you are, or how you should be, just to fit in.

“You being you, and being happy, is what matters most.”