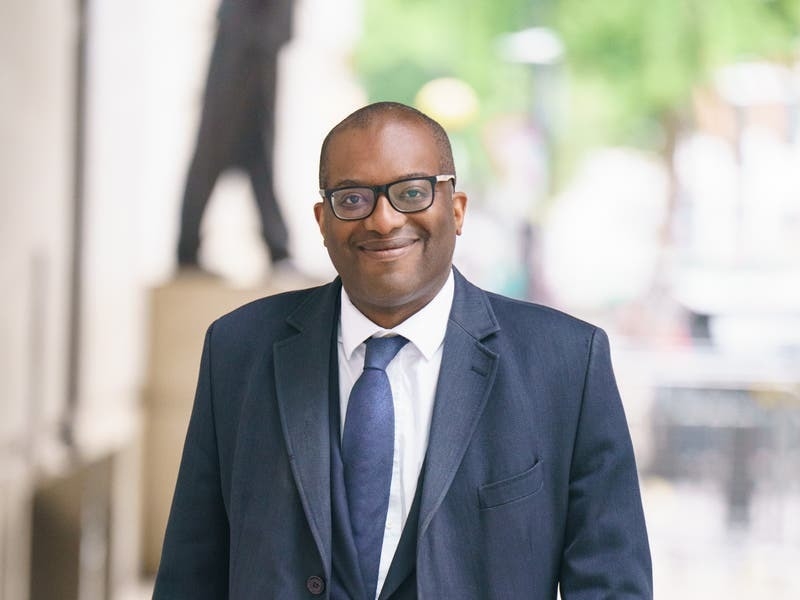 The UK will not be deterred from taking action to maintain political stability in Northern Ireland by “irresponsible” threats of a trade war with the EU, Business Secretary Kwasi Kwarteng has said.

Boris Johnson is due to travel to Belfast on Monday for crisis talks with the political parties amid continuing political deadlock over the Northern Ireland Protocol.

EU leaders have warned of retaliatory measures if the UK acts unilaterally to suspend or change the agreement, which governs post-Brexit trading arrangements, in the face of Unionist opposition.

Ireland’s Foreign Minister Simon Coveney insisted the EU did not want a trade war at a time of heightened tensions, but said there would be a “consequence” if the UK abandoned its international treaty obligations.

However, Mr Kwarteng said that under Article 16 of the protocol – which forms part of the UK’s Withdrawal Agreement with the EU – the Government was entitled to act unilaterally to protect political stability.

“As far as I am concerned, our primary duty as the British government is to look after political stability in Northern Ireland. If that means relooking at the protocol, we absolutely have to do that.

“I think this talk of a trade war is irresponsible and I think it is completely getting ahead of ourselves.

“It is up to the EU. We think it would be completely self-defeating if they went into a trade war, but that is up to them.”

Months of simmering tensions over the protocol appear to be coming to ahead, after the DUP refused to enter a power-sharing Executive with Sinn Fein following the May 5 Assembly elections, unless there are fundamental changes.

The party is demanding an end to customs checks on goods moving from Great Britain to Northern Ireland – in order to keep an open border with the Republic – warning they are hurting business and undermining Northern Ireland’s position in the UK.

Mr Coveney expressed alarm at reports the UK Government could introduce legislation as early as this week to impose its own arrangements after the latest talks between Foreign Secretary Liz Truss and European Commission vice-president Maros Sefcovic failed to reach an agreement.

“Everybody understands if the British Government decides to set aside international law to create significant uncertainty on the island of Ireland in terms of single market membership, and a whole range of other things… of course there’s a consequence, the EU is forced to respond, but that is not where we want to be,” he told Sky News’s Sophy Ridge on Sunday programme.

“The last thing the EU wants, the last thing that Ireland wants, is tension with the UK, particularly at the moment given what’s happening in Ukraine, Russian aggression, and the need to work together on an international stage.

Mr Kwarteng, however, insisted the UK Government had to be able to act in a “sovereign way” in Northern Ireland, and said any new tariffs by the EU would take “a very long time” to enact.

“Northern Ireland is as much of the United Kingdom as England, Cornwall, the South East, and we are responsible for that,” he told the Sophy Ridge on Sunday programme.

“Article 16 is enshrined (in the Withdrawal Agreement). It does allow people to act unilaterally and we have got ultimately to be prepared to invoke it.”

Downing Street said Mr Johnson will use a series of private meetings in Belfast on Monday to deliver a “tough message” that any “fix” to the protocol must involve the parties coming together to form an Executive and Assembly.

He is expected to say that while the UK Government will “play its part to ensure political stability”, politicians must “get back to work” so they can deliver on “bread-and-butter issues” for the voters.

Ahead of his visit, however, Sinn Fein – which is now the biggest party in the Assembly following the elections – accused the Prime Minister of being “in cahoots” with the DUP and supporting its “blocking tactics”.