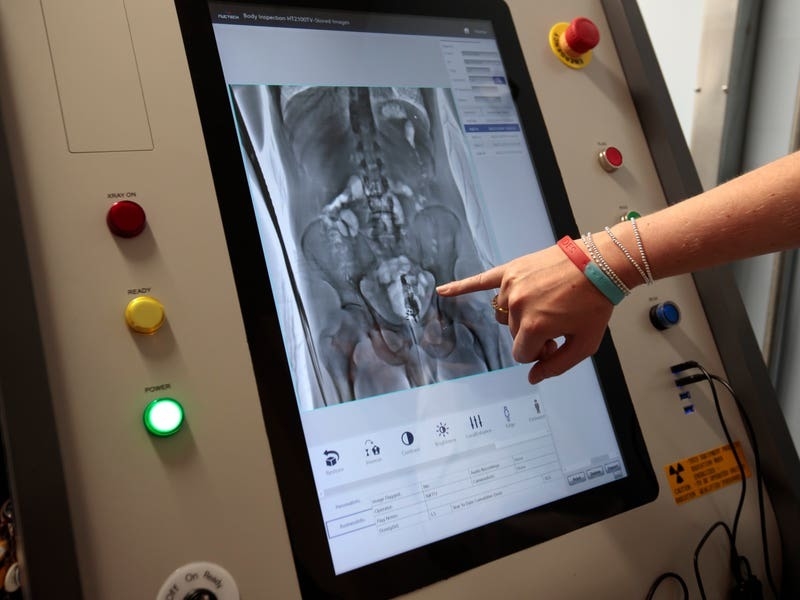 Airport-style security including X-ray body scanners installed in prisons over the past two years have foiled nearly 20,000 attempts to smuggle drugs and weapons behind bars, the Ministry of Justice has said.

Biometric identification for visitors and drug-trace machines are also preventing dangerous items from passing through prison gates under Government plans to cut crime in jails in England and Wales.

Justice Secretary Dominic Raab said: “With this innovative new technology, we are enforcing our zero tolerance approach to drugs, knives and mobile phones in prisons.

“Alongside abstinence-based drug treatment, getting more prisoners than ever into work and improving facilities to maintain family ties, our strategy will make our streets safer and protect the public.”

More than 70 state-of-the-art X-ray scanners have been installed in closed male prisons, flagging up concealed contraband including one haul of 81 rocks of crack cocaine.

Since the start of this year, 42 of the most challenging prisons have also been equipped with machines that can detect microscopic traces of new psychoactive substances – formerly known as legal highs – on mail and clothes.

The Government unveiled a 10-year drugs strategy in December in an attempt to end the cycle of addiction and repeat offending, including a £100 million investment in security technology for jails.

The proposals, put forward in a White Paper, pledged airport-style security being installed in all newly-built prisons and set new targets for prison governors to root out drugs and rehabilitate inmates.

Abstinence therapy was among a range of treatments promised to help offenders with addictions, while those leaving custody were to have access to a new education service to assist them in finding work.