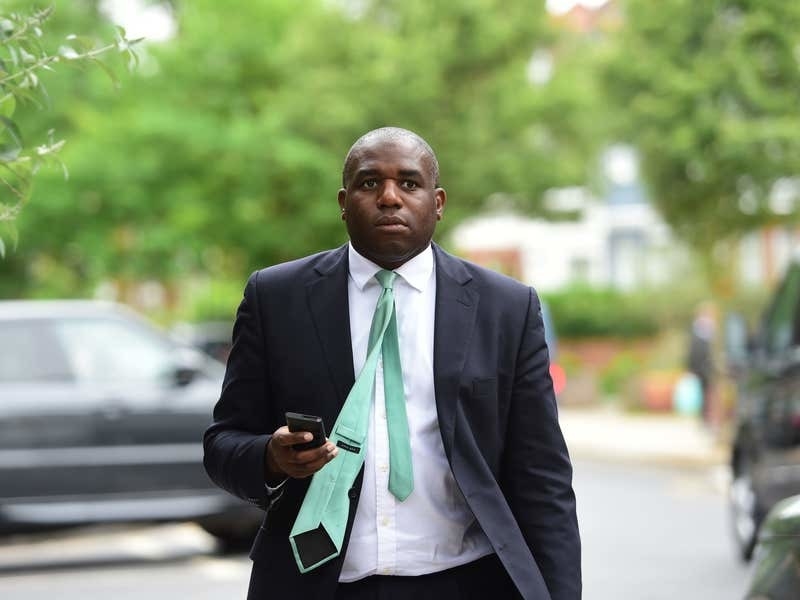 Labour has accused Boris Johnson of seeking to provoke a trade war with Brussels which would only exacerbate Britain’s cost-of-living crisis.

As well as intensifying the economic squeeze, Mr Lammy said it is “wrong, short-sighted and ill-judged” to open up divisions with Britain’s European allies in the face of Russia’s invasion of Ukraine.

The Government says the requirement for checks on goods moving from Great Britain to Northern Ireland in order to keep the border with the Republic open is damaging business and inflaming sectarian tensions.

The EU in turn has warned it will respond with retaliatory measures if the UK acts unilaterally.

Speaking to the centre left Progressive Britain conference, Mr Lammy said the Government should be trying to resolve the crisis, not make it worse.

“Instead of finding practical solutions they are planning a trade war in a cost-of-living crisis,” he said.

“People in Northern Ireland deserve a responsible Government but instead we have a Prime Minister who can’t be trusted and a Government willing to break international law.

“And this comes at the worst possible time. Europe is facing the most serious security crisis in a generation.

“There is a war on our continent. Millions have fled their homes. Countries have pulled together in support of Ukraine.

“It is wrong, short-sighted and ill-judged to seek divisions with our European allies as we face this common threat.”