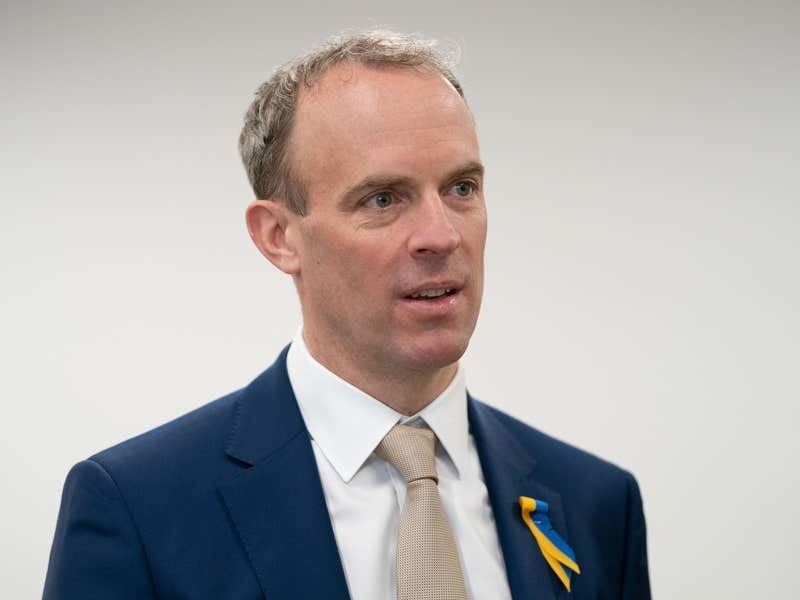 Justice Secretary Dominic Raab has sidestepped questions on whether Prime Minister Boris Johnson should resign if he receives another fixed penalty notice for lockdown-busting Downing Street parties, after it emerged police had issued a wave of fresh partygate fines.

The Metropolitan Police issued around 50 new fines for breaches of Covid-19 laws in Downing Street and other government buildings on Thursday.

Speaking to the PA news agency Mr Raab, who is also Deputy Prime Minister, waved off questions about the fines and declined to comment on Labour leader Sir Keir Starmer’s pledge to resign if he is fined over an incident in Durham, adding it “was not a wise thing for a justice secretary to do”.

Mr Raab said: “I don’t have anything more to say than what’s already been said about that (fines).

On Sir Keir, Mr Raab added: “I’m not going to comment on Keir Starmer or the situation which might happen in the future, that’s just not a wise thing for a justice secretary to do.”

A tranche of more than 50 fixed penalty notices were also handed out last month, including to Mr Johnson, his wife Carrie and Chancellor Rishi Sunak.

However, Downing Street said Mr Johnson has not received a second fine.

The Prime Minister has previously said he will let the public know if he does receive another such penalty.

Scotland Yard is investigating 12 gatherings, including three which Mr Johnson is known to have attended, as part of the Operation Hillman probe.