Most teachers suffering from depression – survey 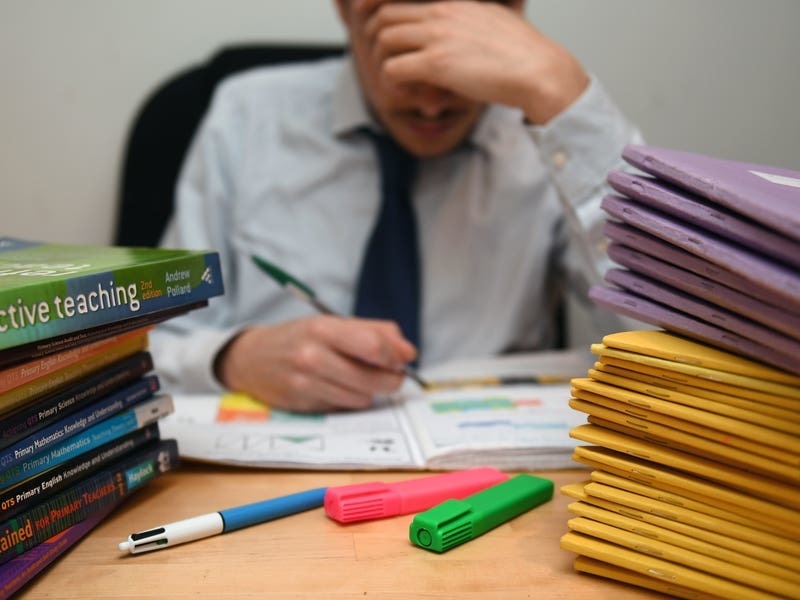 Most teachers show signs of clinical depression, a new survey at the start of Mental Health Awareness Week has suggested.

In a self-selecting survey of nearly 12,000 teachers and headteachers as part of the NASUWT teaching union’s wellbeing survey, teachers scored 38.7 on average, where a score below 41 indicates the risk of probable clinical depression.

Nine in 10 – 91% – of the teachers surveyed said that their job had adversely impacted their mental health over the past year.

Over half of the teachers – 52% – said workload was the most important factor in damaging their mental health, while 34% cited the consequences of the pandemic.

The survey found that classroom teachers, disabled teachers and teachers working in deprived areas were more likely to show signs of depression.

The research heard from teachers who had suffered panic attacks as a result of bullying, as well as teachers diagnosed with post-traumatic stress disorder.

A minority of the teachers – 3% – reported that they had self-harmed.

“Teachers and headteachers are at breaking point,” Dr Roach added.

He said that urgent action was needed to tackle the root causes of a mental health crisis in the profession.

“Ministers need to wake up to the facts and commit to making improving the morale and health of the profession its number one priority,” he said.

“We are reminding employers and the Health and Safety Executive that they have a statutory duty to act in response to this crisis, and to take positive action to protect and safeguard the mental health and welfare of teachers and headteachers.”

The union’s survey ran from mid-December 2021 to early January 2022. All the union’s members were contacted by email and 11,857 teachers responded.