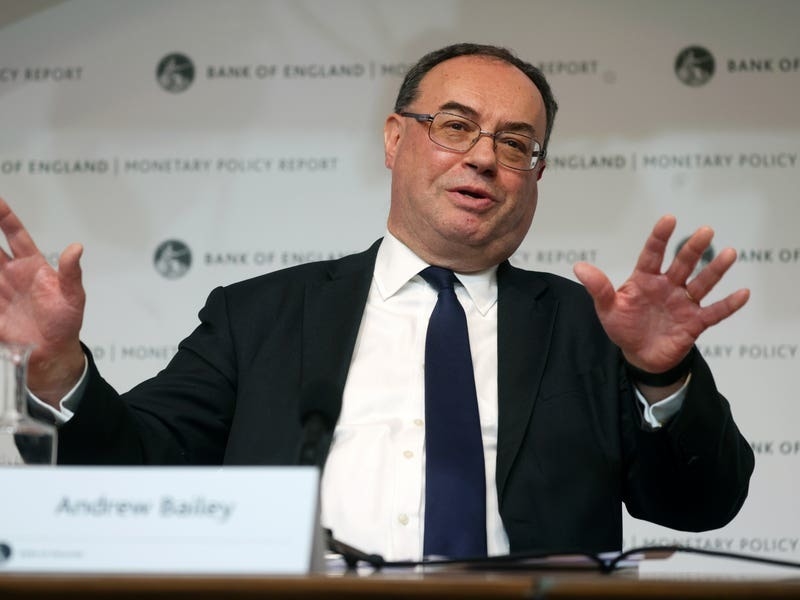 The governor of the Bank of England is under pressure following comments he made that workers should avoid asking for excessive pay rises to prevent inflation increasing further.

Andrew Bailey, who took home £575,538 in pay and benefits last year, said staff should show restraint on pay, despite soaring energy bills as the cost of living crisis bites.

He told BBC Radio 4’s Today programme: “It is going to be a difficult period ahead, I readily admit, because we all get we are already seeing, and we’re going to see, a reduction in real income.

“I’m not saying don’t give yourself a pay rise. This is about the size of it (any rise)… we do need to see restraint.”

“We obviously want a high-growth economy and we want people’s wages to increase.

“We recognise the challenge of the economic picture which Andrew Bailey set out but it’s not up for the Government to set wages or advise the strategic direction or management of private companies.”

Gary Smith, GMB general secretary, said: “Telling the hard-working people who carried this country through the pandemic they don’t deserve a pay rise is outrageous.

“According to Mr Bailey, carers, NHS workers, refuse collectors, shop workers and more should just swallow a massive real-terms pay cut at the same time as many are having to choose between heating and eating.”

The governor is warning that inflation could hit 7.25% by April and is unlikely to fall back to normal levels for two years. The Bank raised interest rates to 0.5% on Thursday with further rises expected.

His comments come as the Government said it has not ruled out stepping in with more support if energy bills rise again as expected in October.

Energy minister Greg Hands said the situation will be kept under “constant review” following Ofgem’s decision to hike the price cap by 54% from April.

Separately, it was confirmed on Friday that water and sewage bills in England and Wales are set to rise by 1.7%, which will add around £7 to a household’s annual bill. It brings the average water bill to £419.

However, most of the Chancellor’s support is a loan which will have to be paid back by households.

They will originally get £200 off their bills, but bills will then go up by £40 per year for five years to claw the money back.

Asked on BBC Radio 4’s Today whether more help could be announced before October, Mr Hands said: “It is too early to say what the price cap will be.

“We keep these things under constant review. Of course we won’t hesitate to act if we need to, to defend consumers.

“But of course we have to recognise the UK is not in any way exempt or immune from high global energy prices.”

He said: “It (the Government) should’ve gone hard and deep, and then to provide the support to people who are going to be hit hardest by these price rises. £350 is going to be hugely welcome by everybody and it’s got lots of merit.

“But if you take the rise in October and the rise that’s coming in April, it will still see those on the lowest incomes facing a £500 price rise over the year. So, unfortunately, it was wholly inadequate. And they’ll have to come back to this.

“They have to look at direct financial support for people on the lowest incomes. This is annoying for everybody, it’s challenging for most, it is devastating for people on tight incomes, so what they need to do is to take it seriously as a cost of living crisis that will have tragic consequences.

“It (the Government) has to go deep and it has to understand that this is a crisis that will last for some years. It loves its one-off contributions, its ad hoc arrangements, but that’s just not fit for purpose.”