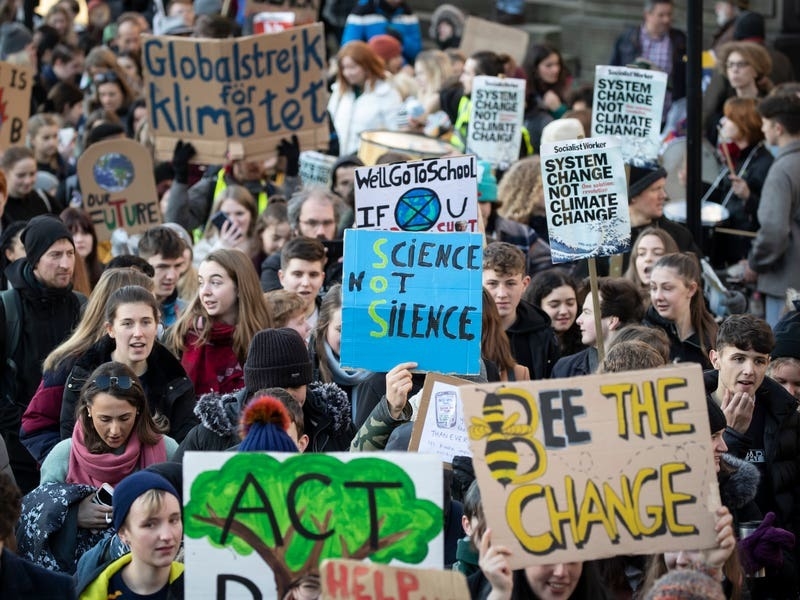 Two thirds of teachers say education about climate change is not embedded in their school’s curriculum in a meaningful way, a survey suggested, as the first student-led Bill on the issue has its second reading in the Commons.

Research drawing on responses from over 4,000 teachers found 67% reported that their school and subject area did not teach issues relating to climate change in a way that was “meaningful and relevant”.

The news comes as the Climate Education Bill will have its second reading on Friday. It is calling for climate change education to be “integrated” through primary and secondary schools and has garnered cross-party support, co-sponsored by Robert Halfon, chairman of the Education Select Committee, as well as Lib Dem MP Layla Moran and Green MP Caroline Lucas.

Labour MP Nadia Whittome, the youngest sitting MP in the Commons, told the PA news agency: “When I was at school it was much the same as it is now, so climate change was confined to optional subjects like  geography and triple science.”

She added that obstacles to climate teaching did not come from teachers or the education system, and that pupils were very keen to learn about the issue. She said teachers were “united, hand in hand with students” in calling for the change, despite how “full” the curriculum was.

Matt Carmichael, an English teacher at Roundhay School in Leeds and a spokesperson for Teach The Future, told PA that schools were “in danger of preparing students for a world that’s no longer going to exist”.

“We do what is required, which is deliver the content in geography and science, but that is wholly inadequate for addressing this big emergency situation,” he said.

“We’re in danger of implying that climate change is something that only geographers and scientists need to worry about. Teachers can’t avoid the subject any more – it’s coming up in every kind of subject imaginable, because this is what young people are actually concerned about,” he added.

“Climate change is such an overwhelmingly huge issue that it really does demand looking at what we’re teaching and why we’re teaching it again,” Mr Carmichael said.

“The future is not going to be anything like the past, and we’re in danger of preparing students for a world that’s no longer going to exist.”

But he added that the signs were “good” and the wave of support from young people for the Bill showed how strong their demands were for the education system to take the issue seriously.

They said that in their own education, climate teaching was “significantly lacking… there was the absolute bare minimum of climate education – there was no sense of urgency whatsoever”, only an explanation that greenhouse gases were making the world “a bit warmer”.

They said that being a co-author of the Bill felt “amazing – it’s kind of surreal, but it just shows the power young people and people of any age can have when they really put their minds to doing something”.

Research by Teach The Future, which polled 4,690 teachers, found that just a third – 33% – reported that climate change was embedded in their school curriculum and subject in a meaningful way even though 89% said issues related to climate change were relevant to their subject.

Ms Lucas said: “When the climate emergency is the greatest challenge facing us and future generations, it is vital that it has a central role in the curriculum, so I warmly welcome this Bill.

“We also need to teach young people about what can be done about it, not just replacing the burning of fossil fuels with renewables and energy efficiency but protecting and restoring nature as well.”

Graham Frost, national executive member of school leaders’ union NAHT and head teacher of Robert Ferguson Primary School in Carlisle, proposed a motion encouraging the teaching of the climate crisis at NAHT’s annual conference in 2019. He said: “Education is almost universally considered the means by which we build for a better future, so we simply have to equip children with the knowledge they need to challenge politicians and business leaders to act urgently on climate change.

“School leaders cannot ignore the growing pupil voice on climate change, and children cannot articulately challenge the powers-that-be without being educated. Equipped with scientific knowledge, our pupils can see that system-wide technological, political, sociological and economic changes at a local and global level are urgently and desperately needed.”

James Bowen, director of policy for NAHT, said: “We know this generation of pupils are passionate about bringing about meaningful change.”