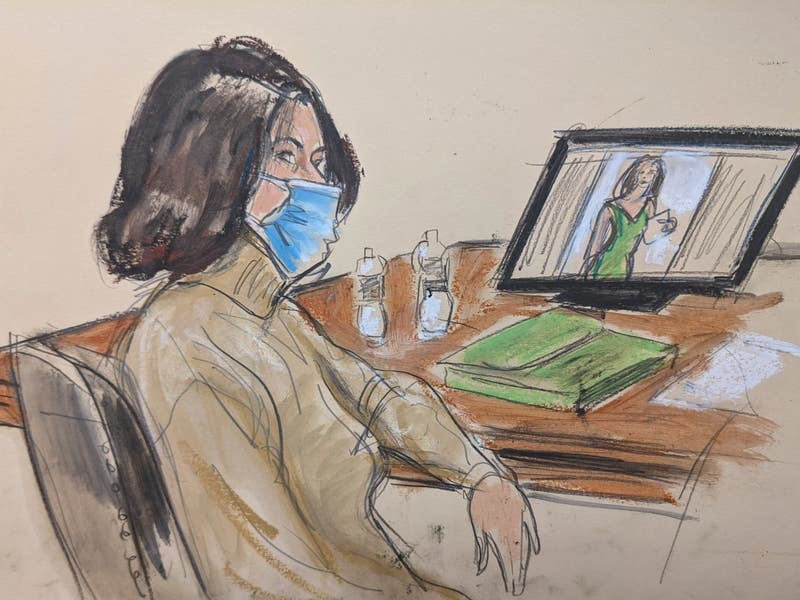 ‘Lady of the house’ Ghislaine Maxwell told staff of disgraced financier Jeffrey Epstein not to look in his eyes while they spoke to him, a court has heard.

The British socialite, 59, allegedly told Juan Patricio Alessi to “only speak to Mr Epstein when he asked questions”.

Testifying at a federal court in the Southern District of New York on Thursday, Mr Alessi told jurors he would have to conduct “extensive preparations” when he was told Epstein would be arriving at the Florida house – including putting 100 dollar bills in his cars.

Epstein’s then-girlfriend Maxwell is accused of preying on vulnerable young girls and luring them to massage rooms to be molested by him between 1994 and 2004.

Taking to the witness box, he said: “After three years working for him I brought my wife to help me.

“She would stay with me, and there were other girls flying with Mr Epstein and Ms Maxwell to the house.”

Asked how his relationship with Epstein had changed while he worked for him, Mr Alessi said: “It went from being cordial to being more just professional.

“At the end of my stay, I was told Jeffrey doesn’t like looking in his eyes so don’t look in his eyes, just look at another part of the room and answer him.”

“It was extensive preparations. It was very elaborate,” Mr Alessi said of Epstein’s arrivals in Palm Beach.

“From the cleaning of the house, to change the sheets in his room, changing the sheets in the guest rooms, to the shopping, taking care of the cars, making sure the cars were clean, make sure there were 100 dollar bills in the car.

“The house needed to be immaculate – like a five star hotel.”

The court also heard from clinical and forensic psychologist Dr Lisa Rocchio who told the jury about the five stages of grooming victims.

The defendant is further alleged to have lied under oath by hiding her participation in Epstein’s offences during a separate civil case.

Epstein was found dead in his cell at a federal jail in Manhattan in August 2019 while he awaited trial on sex trafficking charges. The death was ruled a suicide.

Maxwell, who has been held in a US jail since her arrest in July last year, denies all charges.