Omicron: Timeline from discovery to arrival in the UK and the consequences since 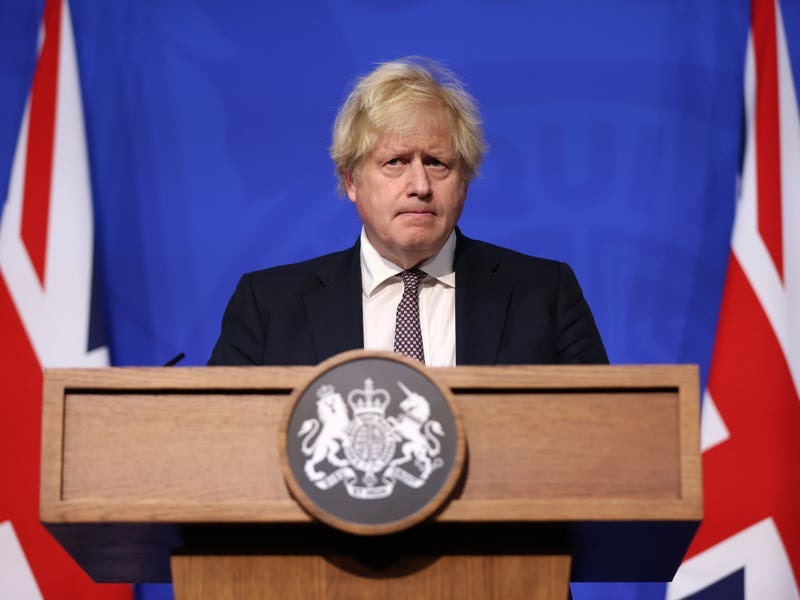 Three cases of the Omicron coronavirus variant have been detected in the UK and measures are being introduced to slow its spread.

Here, the PA news agency looks at how the variant went from an emerging cause for concern in southern parts of Africa to arriving in the country.

UK scientists first become aware of the new strain after samples are uploaded  to a coronavirus variant tracking website from South Africa, Hong Kong and then Botswana.

Downing Street says the variant will be kept under “close investigation”.

Health Secretary Sajid Javid says early indicators show it may be more transmissible than the Delta variant and the vaccines may be less effective against it.

People arriving before then are told to self-isolate at home and take a PCR test on day two and day eight. Anyone who arrived up to 10 days prior is also told to take tests.

Mr Javid says scientists are “deeply concerned” about the variant.

Mr Javid updates MPs in the Commons on the variant called B.1.1.529, saying it “is highly likely that it has now spread to other countries”.

The Health Secretary tells of “very live” discussions over the prospect of adding further countries to the red list.

Downing Street later urges those who have recently returned from one of the six southern African countries not to wait for NHS Test and Trace to contact them before getting tested.

On the back of the news, around £72 billion is wiped off London’s top shares as the FTSE 100 drops by 3.6%, one of its biggest points falls since the early days of the pandemic in March 2020.

Later in the day, it is designated a variant of concern by the World Health Organisation, and named Omicron.

Boris Johnson speaks to South Africa’s president Cyril Ramaphosa to discuss the challenges of the variant.

Two cases of the Omicron Covid-19 variant are discovered in Brentwood and in Nottingham, the Department of Health and Social Care announces.

Mr Javid says the two cases are linked, as Malawi, Mozambique, Zambia and Angola are added to the travel red list.

Mr Johnson tells the nation the new strain appears to spread “very rapidly”, can transmit between the double-vaccinated and may partially reduce the protection of existing vaccines.

To slow the “seeding” of the virus, Mr Johnson says anyone who enters the UK must take a PCR test by the end of the second day of their arrival and self-isolate until they receive a negative result.

All contacts with a suspected case of the new variant will have to isolate for 10 days, regardless of their vaccination status.

Compulsory mask-wearing will also return in England’s shops and on public transport in the coming week, falling back into line with Scotland, Wales and Northern Ireland, but will not be required in pubs and restaurants.

Prof Whitty says the Joint Committee on Vaccination and Immunisation (JCVI) will be tasked with looking at whether the booster programme can be extended down to the over-18s, and whether second doses should be offered to 12 to 15-year-olds.

Sir Patrick warns the country needs to “face up” to the possibility the variant will be a “major issue” if it turns out to be highly-transmissible and evades immunity.

It is announced that a third individual tested positive for the variant after travelling to the UK, and the case is linked to travel to southern Africa.

The UK Health Security Agency said the individual is no longer in the UK, but targeted testing is being carried out at locations they visited.

It added that while in the UK, the individual was in Westminster, central London.

Mr Javid announces new mask-wearing rules for shops and public transport in England will come into force on Tuesday.

The Health Secretary said he expects imminent advice on broadening the booster programme from the Joint Committee on Vaccination and Immunisation.

He also said the testing regime for international arrivals will be introduced “as soon as possible”, with online passenger locator forms stating PCR tests rather than lateral flow tests are required from 4am on Tuesday.

Scotland, Wales and Northern Ireland say they intend to mirror the border restrictions.