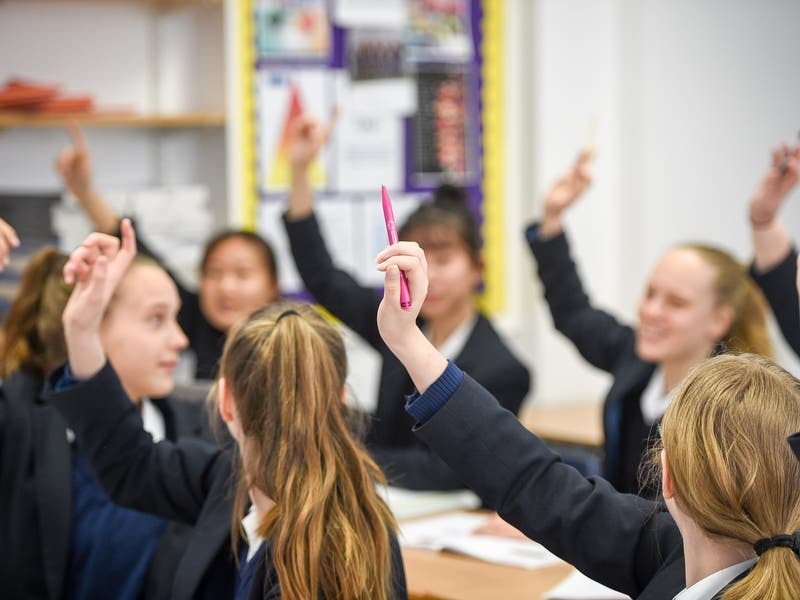 Parents could choose to keep their girls at single-sex schools for sixth-form following a high-profile campaign on sexual harassment and abuse, an education chief has suggested.

Donna Stevens, chief executive of the Girls’ School Association (GSA), said parents could see it as “a risk” to move their girls to co-educational schools at age 16 in light of the Everyone’s Invited movement.

Some private girls’ schools have suggested that the number of female pupils applying to stay on at their school may increase amid the reports, she said.

Her comments come after thousands of testimonials were posted on the Everyone’s Invited website earlier this year, with some pupils accusing their schools of not tackling a “rape culture”.

When asked why parents could now be put off from moving their girls to co-educational schools for sixth form, Ms Stevens said: “I think it just comes down to the fact that there’s this movement out there and there have been some testimonies publicly.

“It just might make them think twice. ‘Oh this could be just a bit of a risk and actually she’s happy where she is’. I think it just comes down to that really.”

Speaking at the GSA annual conference in Manchester, she added: “I think if I was mum of a 16-year-old I’d be thinking about keeping her there.”

Ms Stevens said GSA would like to do more research on parental attitudes in light of the campaign to see whether it changes perceptions of girls’ schools.

Currently, a number of girls at single-sex schools leave at the age of 16 to attend co-educational schools for sixth form, the GSA chief executive said.

But Ms Stevens added: “It would be interesting to see if that continues because 16 is quite a tough age.

“It’s a funny time to then start introducing quite a big thing to what that girl has been used to up until now. So it’ll be interesting to see how that changes.

“Obviously the Everyone’s Invited campaign has shone a spotlight on things.”

When asked whether the campaign has had an impact on the number of girls choosing to stay on at single-sex schools, she said: “Certainly initial figures that have come through in terms of enrolment suggest that might be.”

Ms Stevens added that the full picture of enrolments would be clearer in the spring.

She told the media at the two-day event: “I think I’m just putting myself in the shoes of a mum and thinking, ‘okay my child’s happy at this current school.

“‘I always thought I’d move her at 16 so she gets to experience boys before she goes off to university. But, you know what, she’s really happy there, right now, and there’s all this other stuff going on’.