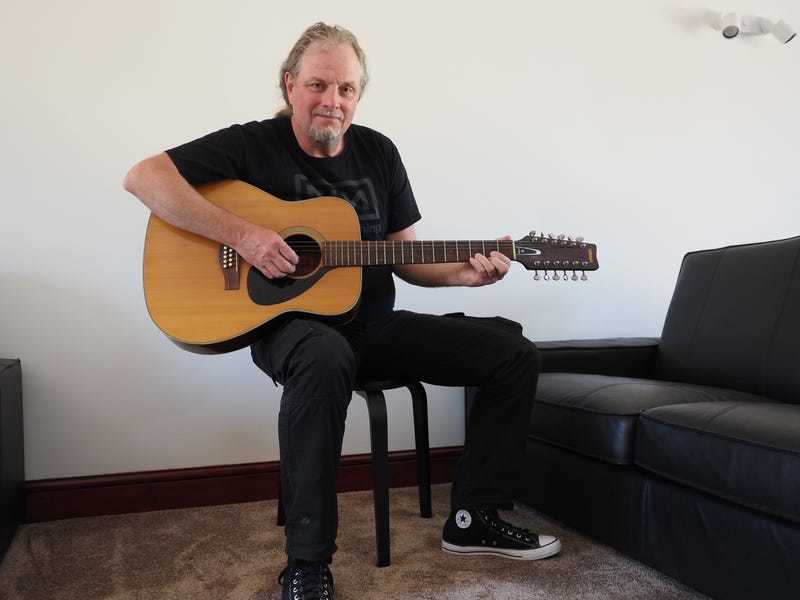 A guitar once owned by Pink Floyd founder member Syd Barrett is to be sold at auction for charity.

The singer left the band in 1968, as they were about to achieve worldwide recognition, and lived in the basement of his mother’s house in Hills Road in Cambridge.

“I’m just getting used to it.

“I polished it yesterday.”

His mental deterioration was blamed on drugs and he became a recluse.

The guitar is being sold by his nephew, Mark Barrett, 57, with proceeds to be split evenly between mental health charity Mind and the Arthur Rank Hospice in Cambridgeshire.

The guitar, being sold together with a copy of the Rolling Stone magazine, has a pre-sale estimate of between £5,000 and £10,000.

Mark Barrett said the guitar was stored with his father, Alan Barrett – Syd’s brother – after the Hills Road house was sold in 1974.

He said his uncle “never collected the guitar” and his father “continued to store it over three subsequent house moves, eventually offering it to me” after Syd’s death.

“I finally collected it from my father’s house in November of 2020, shortly before he died,” he said.

“Unfortunately, I never got to know my uncle Roger, though I would have loved to, but he was a recluse in his later years.”

The watercolour and pencil drawing is titled Still Life With Lemons And Green Bottles, and is initialled and dated “RB Jan – 06”.

Drawn just months before his death, it was discovered at his home in Margaret’s Square, Cambridge, where he lived for the last three decades of his life.

It first went under the hammer at Cheffins as part of the sale of the contents of his home in 2006, and is now being sold by a private collector with a pre-sale estimate of £4,000 to £6,000.

Martin Millard, director at Cheffins, said: “Syd Barrett still has a cult-like status as one of the greatest icons in the world of music.

“Syd’s Pink Floyd years were turbulent, marred by drug addiction and struggles with his mental health; however, when he retired to Cambridge, he became a recluse.

“His lack of public presence in his later years only went to add to the intrigue which still surrounds him.

“It therefore seems incredibly fitting that Mark Barrett has chosen to support both Mind and the Arthur Rank Hospice with the proceeds of the sale.”

He said the lots are “sure to be of keen interest to his global army of superfans”, adding that Barrett “frequently destroyed any artworks he made once they were finished” so the painting is “a significant item”.

Also part of the auction are a garden table and four chairs that were home-made by Barrett; a Cambridgeshire High School for Boys photograph from 1959, featuring Barrett, Roger Waters and Storm Thorgerson; and with a Cantabrigian programme for She Stoops To Conquer from 1961, featuring Barrett as Tom Twist.

– The auction will take place on Thursday October 28.