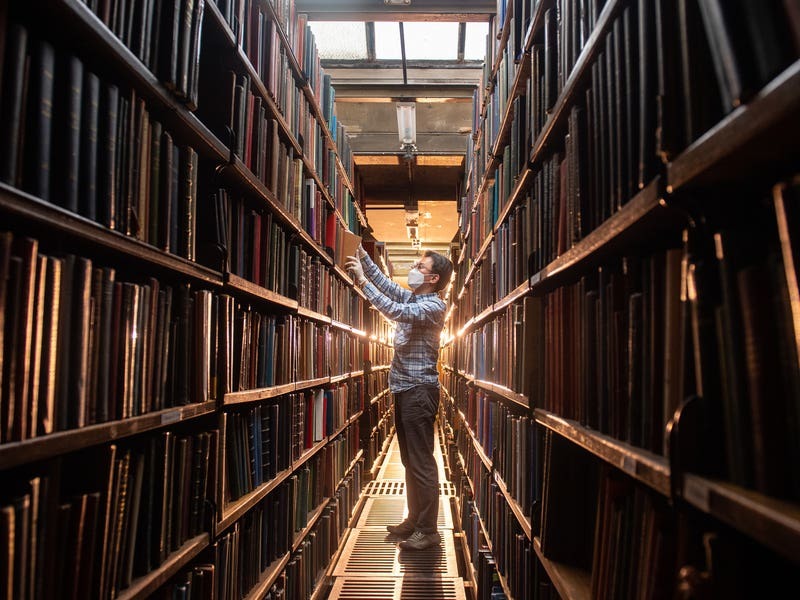 A national writing competition which gives £10,000 to under-represented writers has handed top prizes to two women of Asian heritage.

Shazia Altaf and Rhiya Pau have been awarded the highest accolades at the 2021 Creative Future Writers’ Award.

Altaf was awarded the platinum prize for prose while Pau received it for poetry.

They are among 12 winners who collectively have been inspired by topics of queer love, homelessness, mental health, dementia, migration, strong family bonds and complex personal histories.

The judges praised both Altaf and Pau for their exploration of heritage, migration, familial love and the gap in outlooks between different generations of women.

Middlesbrough-based Altaf, a former librarian and teacher, won the prose award for Essential Thread, a story about a sister visiting her brother in a mental hospital.

London-based Pau, 28, won the top poem prize for How Much Is Enough?, which explores immigration and exposes the desperate longing for a life once lived that can never be fully captured again.

The Creative Future team said they received more than 1,200 entries from unpublished writers from across the UK and that the quality was “exceptionally high”.

They also saw a 10% increase in the number of entries from unpublished writers of black, Asian and ethnic minority backgrounds.

The team added: “We are thrilled to have discovered so many emerging, talented writers in our group of 12 winners.

“We are excited to continue working with them to develop their writing careers through the unique range of development opportunities that Creative Future is able to offer.”

“Everyone on the longlist and shortlist could have won, and it was such an honour to be able to read these writers when they are at the start of their careers.

“I loved the winning pieces and every single one of them is a worthy winner. I am so pleased for them.”

“The story belied the experience of its writer. I enjoyed it every time I read it.”

The winners for poetry:
Platinum – How Much Is Enough? by Rhiya Pau
Gold  – I CALL MYSELF DYKE NOT JUST BECAUSE I AM, BUT SO YOU KNOW YOU’RE NOT ALONE by Aischa Daughtery
Silver – Falling Short by Jess Murrain
Bronze – chomp chomp chomp by Anna Himali Howard
Highly Commended – Maslow’s Hierarchy of Needs according to a 16 year old girl laying on a single bed staring at the ceiling in a homeless hostel by Jem Henderson
Commended – How Can I by Steve Roberts

The winners for prose:
Platinum – Essential Thread by Shazia Altaf
Gold -Bright by Amelia Zhou
Silver – Mr Kohli’s Carpets by Ulka Karandikar
Bronze – Tidal by Nanci Gilliver
Highly Commended – No One Can Save Anyone by Farah Ahamed
Commended – As A Rule by Lumiere Chieh

The awards ceremony will take at the Southbank Centre in London as part of the London Literature Festival on October 27.