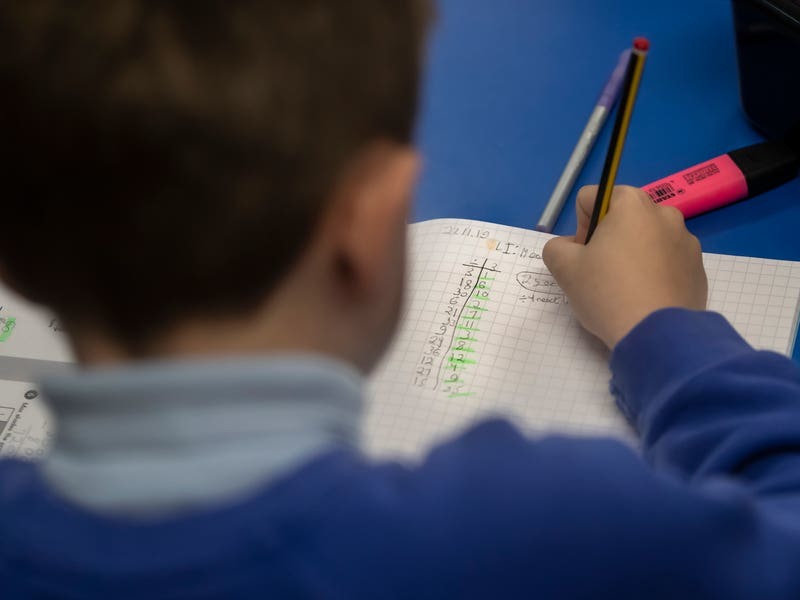 National primary school tests do not seem to affect children’s wellbeing and happiness, a study suggests.

There was little difference in the wellbeing and happiness levels reported by children regardless of whether they took Key Stage 2 tests or not, according to the University College London (UCL) research.

Children who took Sats tests, which take place in Year 6 in England when pupils are aged 10 and 11, did not report any significant change in how they felt about themselves, their school or their family life in the weeks preceding and following the tests, the study found.

Researchers say there does not appear to be strong enough evidence to support scrapping Sats tests “on wellbeing grounds” despite calls from parents and teachers to abolish the statutory assessments.

The statutory rollout of the Reception Baseline Assessment (RBA) – a new one-to-one assessment for pupils in Reception – is taking place this term after it was delayed by a year due to the pandemic.

In April this year, a coalition of headteachers, parents and MPs called for ministers to pause Sats and all statutory assessments in primary schools in England to give children time to catch up on lost learning.

The study analysed data from around 2,500 children who live in England (where the Key Stage 2 tests take place) and 600 pupils in Northern Ireland, Scotland and Wales (where the tests do not take place).

Children were asked a series of questions on how they felt about themselves and their lives in the lead-up to and weeks following the tests.

Nearly a quarter (24%) of school children in England said they felt unhappy about their schoolwork prior to the tests, compared with 28% of children in the rest of the UK.

The research, which uses Millennium Cohort Study data from 2012, suggests that the Year 6 tests are not necessarily “high-stakes” indicators for children.

Study author Professor John Jerrim, from the UCL Social Research Institute, said: “Taken together, these findings provide an important counter to conventional narratives about how the Key Stage 2 tests can have serious negative impacts upon children’s wellbeing.”

He added: “Given what we found, there does not seem to be strong enough evidence to support Key Stage 2 tests to be scrapped on wellbeing grounds.

“The tests play a fundamental role feeding into school accountability metrics and our findings suggest they should continue in their current form for the foreseeable future.”

But education unions and campaigners have said the data does not take into account a number of reforms to primary assessment in recent years.

Delegates at the National Education Union’s (NEU) annual conference in April reiterated their support for the abolition of Sats tests in primary schools.

The conference voted to “mount a vigorous campaign – using the fact that no statutory primary tests have taken place for two years amid Covid-19 – to reignite calls for an alternative assessment strategy”.

“Since then, the curriculum has been radically changed in ways that many experts believed at the time was ‘fatally flawed’ and ‘overly prescriptive’ with subject content that was characterised as endless lists of spellings and rules.”

He added: “It would be much more helpful to study the impact of more recent testing.”

Tiffnie Harris, primary and data specialist at the Association of School and College Leaders, said: “It is reassuring that this research finds that national primary school tests have little effect on children’s happiness and wellbeing.

“However, the data these findings are based on is now nine years out of date and these tests are in need of reform for other reasons.

“They are too narrow a measure of primary schools, can distort the curriculum and could be improved by using technology to make them more personalised and adaptive around the pupil.”

Paul Whiteman, general secretary of school leaders’ union NAHT, said: “Given the crucial work schools are now doing to support educational recovery, which has undoubtedly had a negative impact on pupil wellbeing, NAHT is deeply disappointed to see the Government proceeding with a full suite of primary assessments next year.

“We all hope that life in school can return to normal as quickly as possible, but that does not mean that all aspects of education need to return exactly as they were.”

A Department for Education spokesperson said: “Our assessment reforms are helping to ensure children leave primary school with a clear grasp of the fundamentals of reading, writing and mathematics, as part of a broad and balanced curriculum. This helps lay the foundations for success at secondary school and beyond.

“Schools should encourage all pupils to work hard and achieve well, but the department has never recommended that they devote excessive preparation time to assessment.”