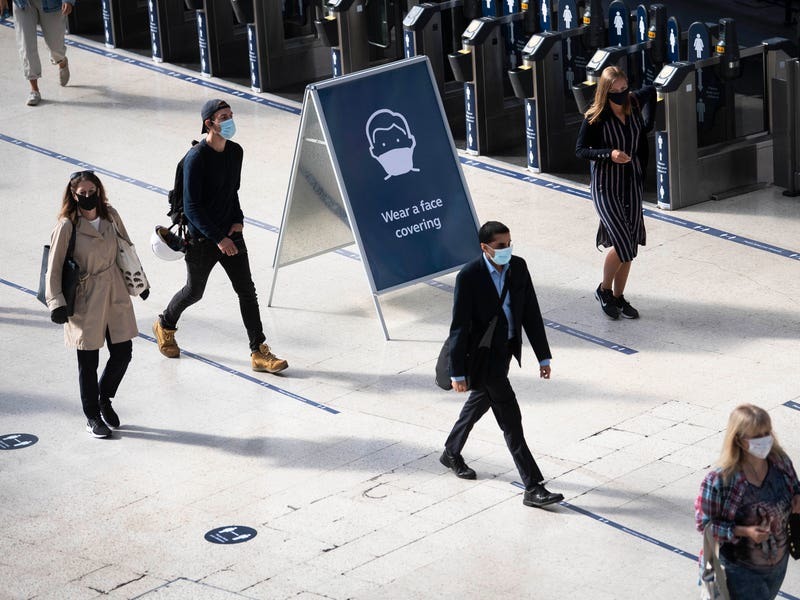 Almost two thirds of adults say they will continue wearing face coverings in shops and on public transport when this is no longer a legal requirement, figures show.

Some 64% of the public said they plan to keep wearing face coverings following the removal of most legal restrictions in England next Monday, the Office for National Statistics (ONS) said.

Its poll found that most adults believe that measures such as wearing a face covering when shopping (90%) and social distancing (88%) to stop the spread of coronavirus are important.

And more than half (57%) of adults said they were worried about the Government’s plan to lift legal restrictions when it moves to Step 4, including a fifth who were “very worried”.

From July 19, it will no longer be a legal requirement to wear a face covering in most settings in England, but the Government has said it “expects and recommends” that people continue to do so in crowded areas.

In some parts of the country, such as London, they will be required on public transport as a condition of travel.

The ONS analysed responses from 3,824 people in Britain between July 7-11, after the Government announced its plans for Step 4.

It found that anxiety levels increased slightly, continuing what appears to be a gradual rise since early June.

Holidaying abroad was the most popular activity respondents said they were looking forward to when restrictions ease.

Some 54% of adults said this, with younger adults more likely to wish to travel.