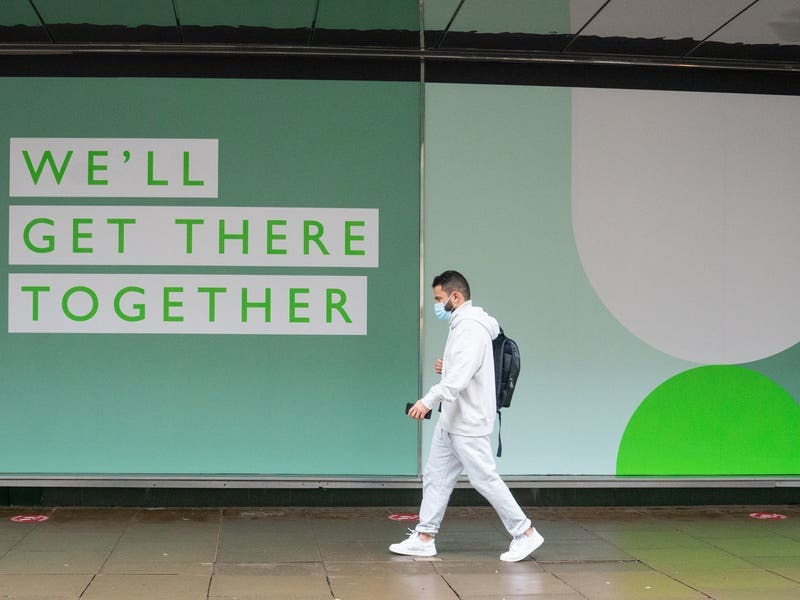 Elected regional mayors across England have urged the Government to continue to make face coverings compulsory on all public transport beyond the lifting of restrictions next week.

The Labour metro mayors for West Yorkshire, Greater Manchester, Liverpool City Region, North of Tyne, West of England and South Yorkshire said they would take steps to require or encourage the use of masks on local networks where their limited powers allowed it.

But they warned that without a continued national mandate there would be a “ridiculous mismatch” of rules across the country that will be “confusing” for passengers when measures are eased on Monday.

Political leaders across the country spoke out as mayor of London Sadiq Khan asked Transport for London (TfL) to enforce the use of mask wearing on buses and trains as a “condition of carriage”.

The Government has called for the public to exercise caution from July 19 and recommends masks should still be used in crowded and enclosed spaces, including in shops.

In Wales, face coverings will continue to be required by law in most indoor public places and on public transport when coronavirus restrictions are lifted next month, while in Scotland First Minister Nicola Sturgeon has said face covering measures are likely to remain for “some time to come”.

Speaking at a virtual press conference on Wednesday with his fellow mayors, Andy Burnham, mayor of Greater Manchester, said: “We remain of the view that the best solution is for the Government to maintain a requirement of face coverings on all modes of public transport and we call on them, even at this stage, to return to that position.”

He said there was a need to think “in terms of collective safety, rather than individual freedom, or personal responsibility”.

Mr Burnham said mayors wanted to see a “return to a more normal life” but this needed to be done “safely”, with masks helping to protect people in enclosed environments.

Mr Burnham said he had been “inundated” with messages from people saying that July 19 “wouldn’t be freedom day, it would be fear day and they would be forced off public transport”.

He said Metrolink tram users would continue to have to wear face coverings as part of “the conditions of carriage”, but unlike Mr Khan he did not have the same powers over buses and trains.

Those Metrolink passengers who are not exempt could be prevented from travelling or fined up to £100 if they do not wear a face covering.

The British Retail Consortium said it would “take time” for businesses to adjust to the change in face mask rules, with them likely to continue with safety measures such as hand sanitiser and Perspex screens.

Chief executive Helen Dickinson said: “Retailers ask customers to be considerate to those around them when choosing whether to wear a face covering.

“There has been a big rise in violence and abuse against retail workers during the pandemic and colleagues cannot be put in the firing line because of this change in policy.”

Supermarket chain Sainsbury’s said it would encourage customers to continue wearing face coverings from July 19 if they can.

He added: “The fact is that we have six metro mayors here, all with different powers, and none of us are able to do what the mayor of London has done.”

Mr Rotheram said he was asking local transport operators to “do the right thing” and make masks still compulsory, but he was “hitting brick walls with our bus and train operators”.

He added that “wearing face masks costs nothing” and represented a “minor inconvenience”.

She highlighted that polling suggested 71% would be “happy and content” using face coverings going forward.

Dan Jarvis, the mayor of South Yorkshire, also said face masks will remain mandatory in bus stations and interchanges operated by the Mayoral Combined Authority in the Sheffield City Region.

He said: “We wear masks to protect each other from the virus and the mixed messages from the Government risks making public transport a no-go area, both for the vulnerable and for our young people who haven’t yet had both vaccinations.”

Dan Norris, metro mayor for the West of England, said the region did not have the powers to mandate mask wearing on public transport but he had written to Mr Johnson to ask him to make face coverings compulsory.

He said: “I feel this is a ridiculous mismatch of rules right across the UK.

“My constituents get on buses and trains from the West of England into Wales and London every single day and yet when they get off at the other end, there’ll be completely different rules. It’s too confusing. It’s not safe.”

He said he would launch a local campaign to encourage mask wearing.

Transport North East said the requirement to wear a face covering will continue beyond July 19 on the locally owned Metro system.

Jamie Driscoll, mayor of North of Tyne, said: “Transport devolution in this country is so haphazard that I have no control over buses or local rail services.”

In the West Midlands, Conservative mayor Andy Street also said Transport for West Midlands did not have the power to make face coverings mandatory but it expected passengers to continue to wear masks.

In London, the face mask requirement will apply to journeys and stations on TfL services including the Tube, bus, tram, Docklands Light Railway (DLR), Overground and TfL Rail.