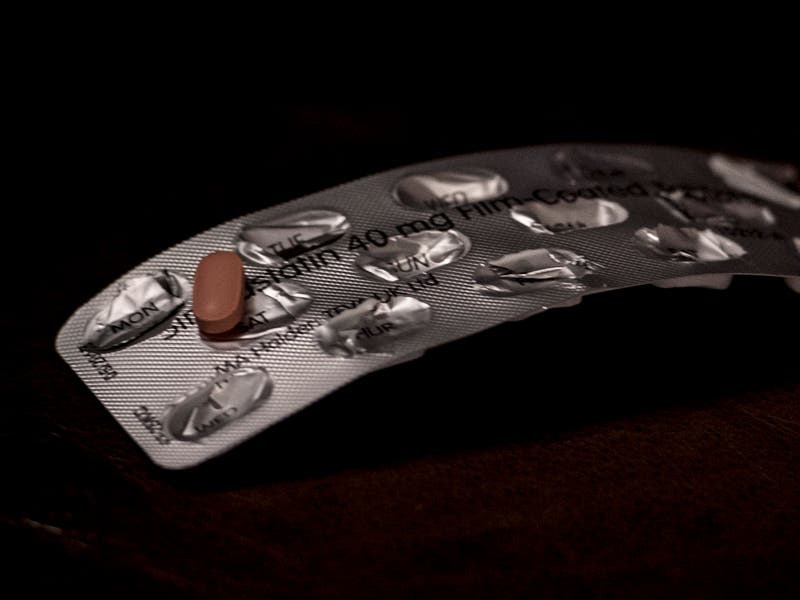 Statin use is linked to a reduced risk of cancer among heart failure patients, research suggests.

Use of the medication among patients with heart failure was associated with a 16% lower risk of developing cancer compared with non-statin users during an average of four years of follow-up, the study found.

Statin use was also associated with a 26% reduced risk of dying from cancer over the same period, according to the study.

Previous research indicates heart failure patients are at increased risk of developing cancer, possibly because heart failure may be a cancer-causing condition via shared pathways such as inflammation or genetic factors.

Researchers say the current observational study of more than 87,000 people in Hong Kong is the largest study to investigate this.

The authors believe their findings can be extrapolated to other populations.

Dr Kai-Hang Yiu, from the University of Hong Kong, who led the study, said: “Ten years after starting statins, deaths from cancer were 3.8% among heart failure patients taking statins and 5.2% among non-users – a reduction in the absolute risk of death of 1.4%.

“The reduction in the absolute risk of developing cancer after six years on statins was 22% lower compared to those who received only between three months and two years of statins.”

The longer people with heart failure took statins – commonly used to lower people’s cholesterol – the greater the reduction in their risk of developing cancer, the research found.

Compared with taking statins for between three months and two years and after adjusting for factors that could affect the results such as age, sex, smoking, alcohol consumption and other health problems, if patients remained on statins for four and six years, their risk reduced by 18%.

And if they took them for six or more years, the risk reduced by 22%.

In collaboration with Professor Carolyn Lam, from National Heart Centre, Singapore, and other researchers, Dr Yiu analysed data from 87,102 patients in Hong Kong who were admitted to hospital with heart failure between 2003 and 2015.

Patients were followed up until they were diagnosed with cancer, died or until the end of 2018, whichever came earlier.

Those who had a history of cancer or were diagnosed or died from it within 90 days of the first diagnosis of heart failure, or had HIV, or if they had taken statins for fewer than 90 days, were excluded from the study.

A total of 3,863 (4.4%) patients died from cancer during the follow-up and the most common types of cancer were bowel, stomach, lung, liver and biliary (liver) system.

The researchers also found that deaths from any cause were lower among statin users compared with non-users.

This indicates that statin use was associated with a 38% reduction in deaths from any cause compared with non-users.

Dr Yiu said: “Our findings should raise doctors’ awareness of the increasing cancer incidence among heart failure patients and encourage them to pay extra attention to non-cardiovascular-related outcomes.

“Moreover, our study highlights the relationship between heart failure and cancer development, and provides important information regarding the possibility of reducing cancer incidence and related deaths by using statins in these patients.

“Randomised trials should be carried out to investigate this further.

“In addition, the findings, combined with previous research showing the strong association between heart failure and cancer, call for potential strategies to reduce the risk of cancer, such as screening for cancer in heart failure patients.”

The study, published in the European Heart Journal, had a number of limitations, including that it was an observational and non-randomised study, meaning it can only show an association between statins and lower cancer risk and not that the statins cause the reduction in risk.