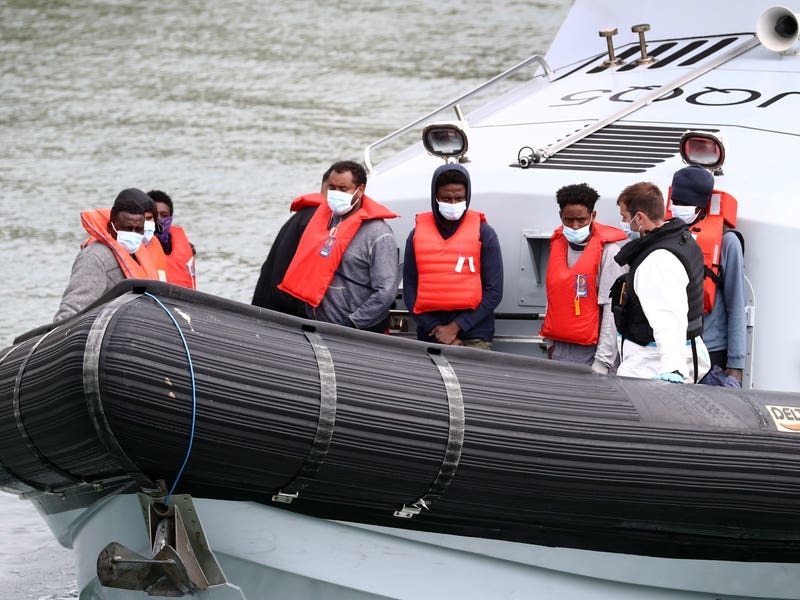 Kent County Council has warned it has “reached the limit” for the number of unaccompanied child migrants it can look after for the second time in a year.

Council leader Roger Gough and Sue Chandler, the cabinet member for integrated children’s services, announced the council had again reached an unsafe capacity and would no longer be able to accept any new unaccompanied asylum-seeking children (UASC) from June 14, just 10 months after it had to take similar action.

“I am profoundly saddened to be in this unthinkable position once again in such a short period of time. Despite warnings, and continued dialogue with government, Kent’s UASC support resources are again significantly overwhelmed,” Mr Gough said.

On Thursday, the Home Office announced measures to encourage more local authorities around the UK to take in child migrants who arrive unaccompanied.

Mr Gough said that after taking advice from its Director of Children’s Services, the council would “no longer be able meet our statutory duty to safely care for the children we support” and no further arrivals could be accepted until “sufficient transfers have been made outside of Kent bringing our numbers back to safe levels”.

The council said the government’s recommended maximum number of under 18-year-old UASC that Kent should care for is 231.

Kent’s number of under-18 UASC in care has risen from 274 to more than 400 since the beginning of the year and the numbers are rapidly increasing on a daily basis, according to KCC.

Mr Gough said: “If every other local authority in the UK were to take two or three under 18-year-old UASC who arrive at Dover into their care, Kent’s numbers would reduce to the council’s safe allocation immediately. This remains, a small problem for the nation to resolve but a huge and unreasonable responsibility for Kent.”

The council suggested the National Transfer Scheme had failed to meet the purpose the Home Office created it for in 2016, to keep pace with the rate of arrivals and provide timely transfers.

It called for a robust mandatory National Transfer Scheme for all local authorities.

A Home Office spokesman said: “The Home Office is grateful for the role Kent County Council has played in supporting unaccompanied asylum-seeking children and we have provided them with substantial operational support, including transferring those in need of support to other local authorities in the UK.

“We recently announced vital updates to the National Transfer Scheme to alleviate pressures on certain areas and continue to work closely across Government on provision for unaccompanied minors.”