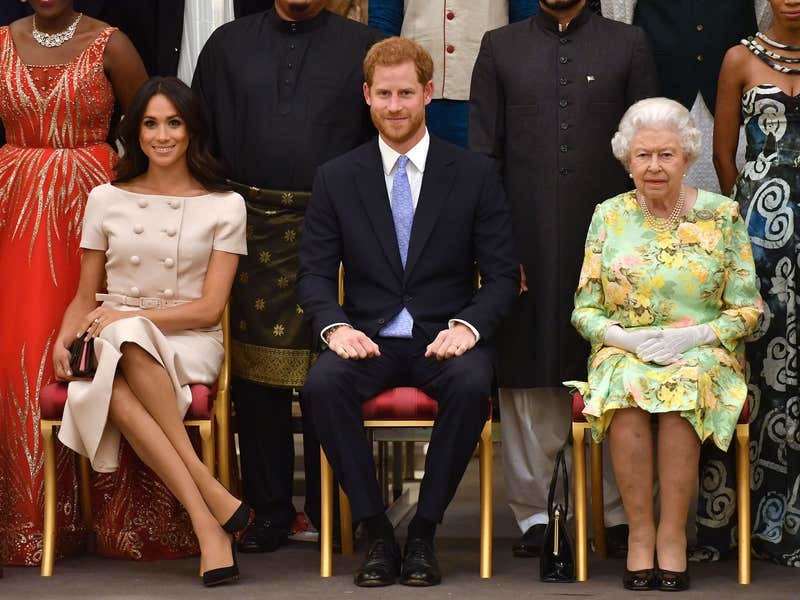 Lilibet – the Queen’s family nickname – was first used when Princess Elizabeth was just a toddler and unable to pronounce her own name properly.

Her grandfather King George V would affectionately call her “Lilibet” imitating her own attempts to say Elizabeth.

The sweet nickname stuck and she became Lilibet to her family from then on.

Harry and Meghan’s new baby daughter – the Queen’s 11th great-grandchild – will be known as Lili.

A variation on Lily, the flower is often seen to symbolise purity, commitment, rebirth and fertility.

It is no surprise the couple chose to pay tribute to Diana, who died in a car crash in 1997 when Harry was just 12.

Lili has been born almost a month before the princess would have celebrated her 60th birthday on July 1.

Harry and the Duke of Cambridge are due to unveil a statue of their mother at Kensington Palace on her birthday, but the arrangements have yet to be confirmed, amid a long-reported rift between the brothers.

The Sussexes’ tribute to the Queen is likely to be seen as an olive branch to the monarch and the rest of the family.

Harry and Meghan plunged the Windsors into crisis with their Oprah Winfrey interview in March when they accused an unnamed royal of making a racist remark about their son Archie’s skin tone before he was born.

They also said the institution failed to help Meghan when she was suicidal.

But during the televised interview with Winfrey, the Sussexes lauded the Queen.

She said the monarch had given her some “beautiful” pearl earrings and a matching necklace on their first engagement together and shared a blanket with her in a car.

Harry later appeared to suggest, on a mental health podcast, that his father the Prince of Wales and the Queen and the Duke of Edinburgh had failed as parents, while the family was still mourning the death of Philip.