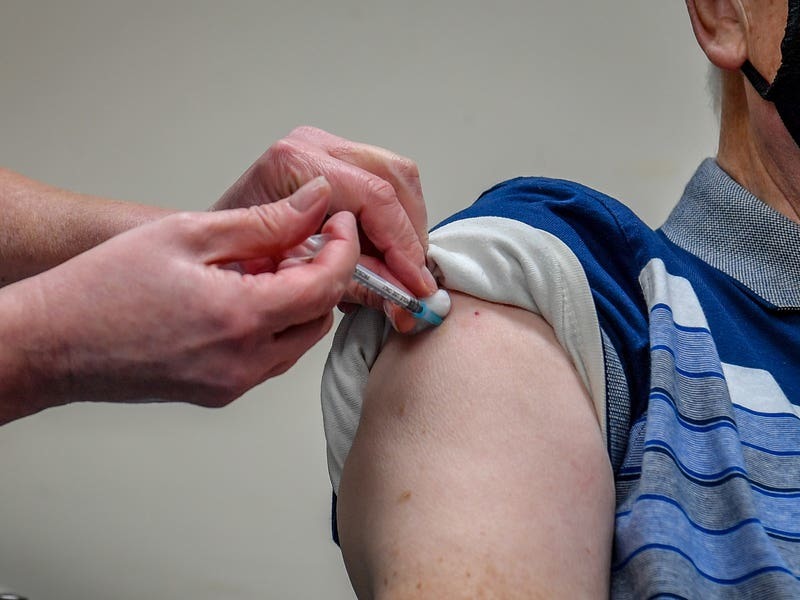 GlaxoSmithKline and Sanofi’s Covid-19 vaccine saw strong results from its phase 2 trial and will now move on to a larger phase 3 trial as the drugs firms try to catch up with the competition.

Interim results from the study show a 95% to 100% seroconversion following a second injection in patients from ages 18 to 95, with no safety concerns raised.

Bosses added there was a high immune response after a single dose, as they hope the vaccine could be used as part of any booster programme for later in the year.

The UK Government has said that booster shots could be given out later this year or early in 2022, although no decision has been made on who could receive the extra jabs and when.

Sanofi and GSK added there are also trials and research ongoing to see whether vaccines made by different companies can be mixed in patients.

The phase 3 study will kick off “in the coming weeks”, bosses said, and they pointed out their vaccine could be stored at normal temperatures.

Thomas Triomphe, executive vice president at Sanofi, said: “Our phase 2 data confirm the potential of this vaccine to play a role in addressing this ongoing global public health crisis, as we know multiple vaccines will be needed, especially as variants continue to emerge and the need for effective and booster vaccines, which can be stored at normal temperatures, increases.”

Roger Connor, president of GSK Vaccines, said: “We believe that this vaccine candidate can make a significant contribution to the ongoing fight against Covid-19 and will move to phase 3 as soon as possible to meet our goal of making it available before the end of the year.”

The phase 3 trial will involve 35,000 volunteers and look at the effectiveness against the Wuhan and South African variants.

Bosses added that they intend to conduct booster studies with various variant formulations to assess the ability of a lower dose of the vaccine to generate a strong booster response regardless of the initial vaccine platform received.