Georgia Harrison: I suffered in silence with fear of sex video surfacing 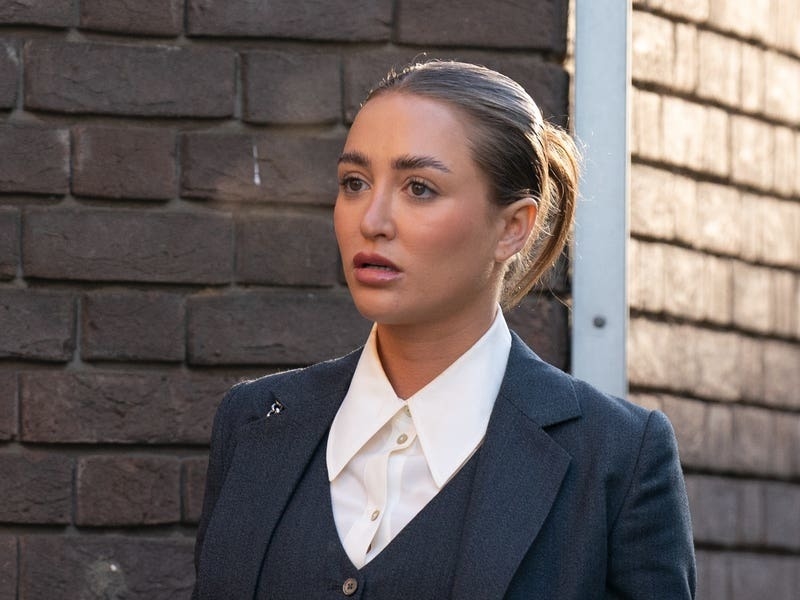 Georgia Harrison said intimate footage of her and reality star Stephen Bear caused her to live “with fear” and “suffer in silence” so she decided to “take a stand” for other survivors by speaking out.

Bear, 32, who won Celebrity Big Brother in 2016, was found guilty of sharing a video of him having sex with his ex-girlfriend Ms Harrison on the website OnlyFans.

Ms Harrison, who has appeared on The Only Way Is Essex, Love Island and Olivia Meets Her Match, told Good Morning Britain (GMB) on Thursday that her right to anonymity was “taken away almost immediately” as “many people were aware of the video”.

She added: “I had just suffered in silence with the fear of it surfacing for so long that when it finally did, I just thought, not only do I want to take a stand for myself, but I want to do it for other women and men, because … people do not realise the effect it has on people.”

Bear was found guilty on Tuesday by unanimous verdicts of two counts of disclosing private sexual photographs and films of Ms Harrison with intent to cause distress.

He was also found guilty of voyeurism, by a majority verdict of 10 jurors to two after denying all the charges.

Bear and 28-year-old Ms Harrison were captured having sex on CCTV cameras in his garden on August 2 2020.

Ms Harrison also told GMB she “was very, very upset” about seeing the footage the first time but hoped it would “stay private”.

She told the court during the trial that she saw Bear send the footage to someone on WhatsApp on the day, and later that year she was made aware that it was circulating online.

Jacqueline Carey KC, prosecuting, said that Bear uploaded the footage “either himself or had it uploaded to OnlyFans and profited financially”.

Speaking to GMB, Ms Harrison said: “So at first I got sent a screenshot of the video, and that was from somewhere in America so that was when the world just sort of fell beneath my feet and I knew it had gone global.”

“I did feel hurt, humiliated, ashamed and I felt very used, that you could love and trust someone and know in that moment, that you thought was a moment of love, was really a moment of making money for them and I just think it took a long time for me to get to this point.”

Ms Harrison added that the sharing of sexual images was “more rife” than people could “ever imagine” and she was regularly contacted by people looking for her help.

She added: “What I want to say to men … (and) young boys is it is not a good thing to do, you will be publicly shamed. It’s unacceptable.”

The judge bailed Bear until January 31 to return to the same court for sentencing, after a report had been prepared about him.