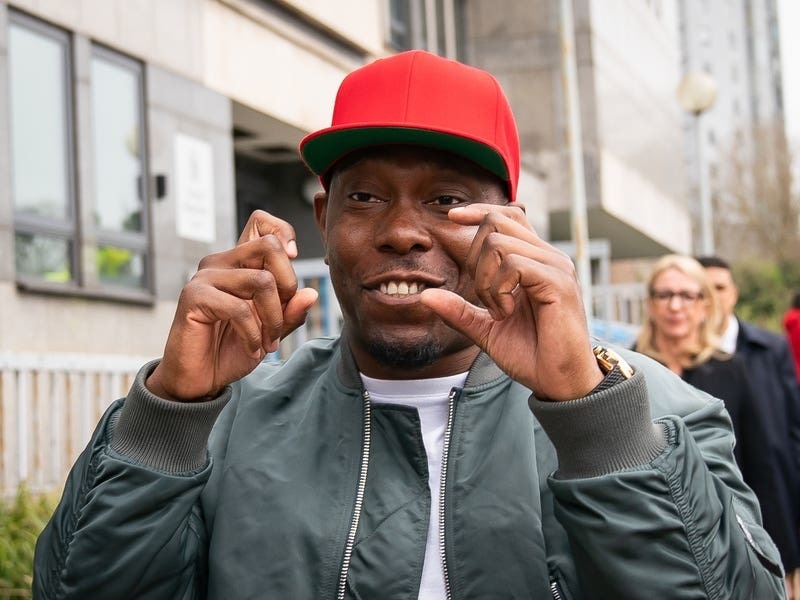 Grime star Dizzee Rascal released a “diss track” on the day he was found guilty of attacking his ex-fiancee, a court has heard.

The grime artist, 38, whose real name is Dylan Mills, is appealing his conviction for assaulting Cassandra Jones on June 8, last year, at Inner London Crown Court.

Giving evidence from behind a screen on Friday, she told how he “barged” into her south London home before “smashing” his head against the fridge “out of frustration”.

Ms Jones said she “stumbled to the ground” after Mills – known for chart-topping singles Bonkers and Dance Wiv Me – “pushed his forehead into my forehead and pushed me around the room”.

But Sallie Bennett-Jenkins KC suggested her client was “perfectly calm” when he arrived and it was Ms Jones who “has a temper” and is “abusive” towards him.

“What happened is quite the reverse of what you have said – that you were upset and concerned about your financial position, that that developed into an argument in which you in fact pushed Dylan and scratched his arm,” she said.

Ms Jones replied: “Are you actually being serious?”

The barrister said: “There was a verbal argument which resulted in you losing your temper, pushing Dylan, scratching his left arm and there was no physical aggression from him to you.”

When it was suggested the only reduction had come as a result of a loss of bookings due to the Coivd-19 pandemic, she said: “He is a multi-millionaire.

“He’s just bought a second Ferrari for himself. He’s a very wealthy man, he raps about it all the time.

“He released a diss track, at 38 years old, the day he was convicted. He rapped about the judge.”

In April, Mills was given a community order, including a 24-week curfew and 12-month restraining order banning him from contacting his former partner, as well as being ordered to pay £2,190 in costs and a £95 surcharge.

Mills, who released his debut album, Boy In Da Corner, in 2003, was made an MBE for services to music in the Queen’s Birthday Honours in 2020.

The case has been adjourned to January 27.