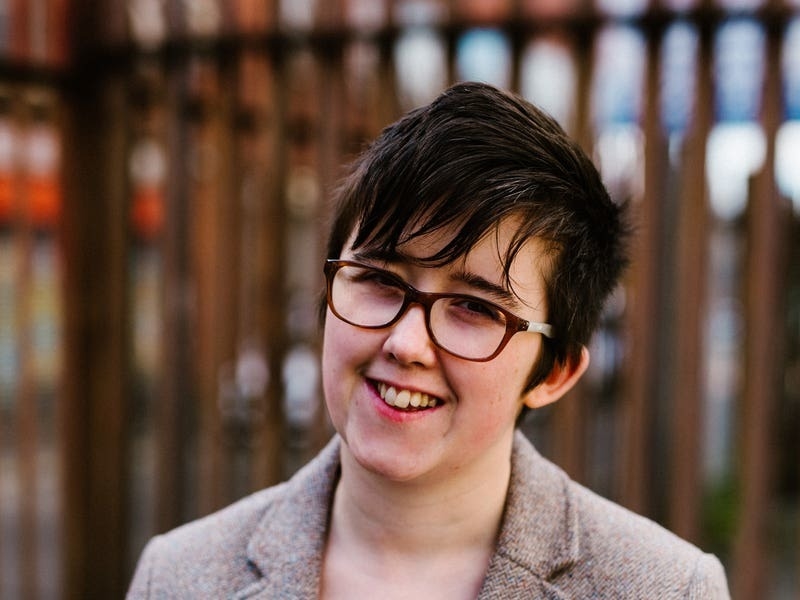 Channel 4 has announced a film about the life and death of “trailblazing” investigative journalist Lyra McKee – who was shot dead in 2019.

Ms McKee, 29, was murdered while observing riots in the Creggan area on April 18, with an extremist group styling itself as the New IRA previously claiming responsibility.

The intimate film, titled Lyra, has been made by Bafta-award winning documentarian and close friend Alison Millar – who salvaged voice recordings from Lyra’s Dictaphone so she could narrate her own story.

Director Ms Millar said: “Lyra’s death was, to many, a sharp puncture to the future of a country trying to move beyond its past.

“I hope this documentary will introduce a new audience to Lyra and her work.

“The film is an urgent story that reflects life today in contemporary Northern Ireland as we approach the 25th anniversary of the Good Friday Peace Agreement.

“Lyra’s story and work represents her generation and reminds us why we cannot allow the dark shadows of the past to return.”

“Lyra McKee was a trailblazer in so many ways and we hope this film will demonstrate how important her work was and continues to be,” she added.

Siobhan Sinnerton, executive producer for HiddenLight and previously commissioning editor for Channel 4, said Lyra’s work and stories “tell us about why peace in Northern Ireland matters to us all”.

She said: “As a Belfast native, I have always been cautious about making films about ‘The Troubles’.

“But when brilliant Northern Irish director Ali Millar decided that she wanted to make a film about the life and loss of her friend and mentee Lyra McKee I knew it was going to be very special. And it is.”

Richard Williams, chief executive of Northern Ireland Screen, added: “This powerful documentary about Lyra McKee is a special and unique portrayal of the life and passing of the journalist.

“We were honoured to support Alison Millar at Erica Starling Productions to produce this emotional documentary sharing Lyra’s voice and message.”