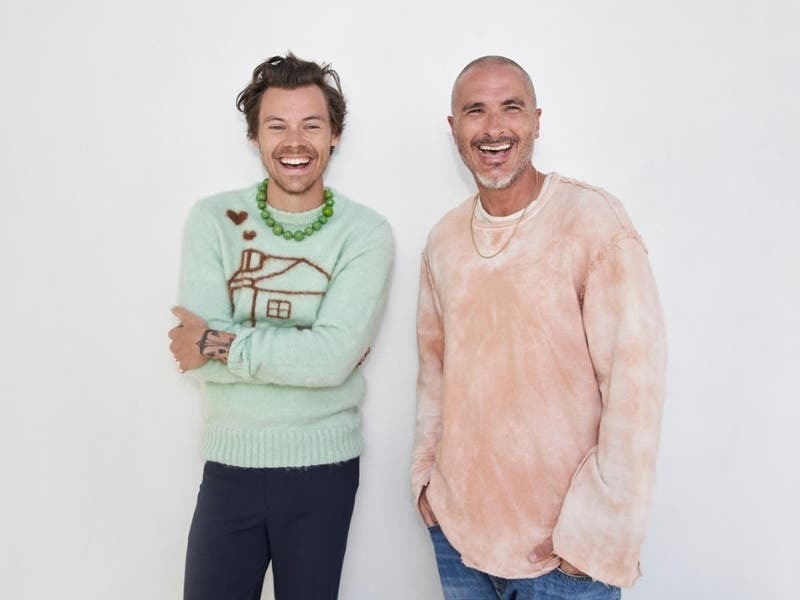 Harry Styles has spoken about the “respect” and “deep love” between him and his One Direction bandmates.

Styles and his former bandmates – Louis Tomlinson, Liam Payne and Niall Horan – parted ways in 2016 after five years together as one of the world’s biggest boy bands having been formed during the 2010 series of The X Factor.

Fifth member Zayn Malik left the band in 2015, a year before they went on indefinite hiatus.

Speaking to Zane Lowe on Apple Music, Styles said: “I look at people who kind of went through some version of what we went through, but on their own.

“I’m like, I can’t imagine having done that, really. I feel really lucky that we always had each other to be this unit that felt like you could keep each other in check and you could just have someone else who gets it.

“And I think having that is kind of priceless.

“I think there is very much a respect between all of us, if we did something together. And that is something that you can’t really undo.

“And you know, it’s like a very deep love for each other, I think.”

The album follows the release of his chart-topping self-titled debut album in 2017 and his second offering, Fine Line, in 2019, which peaked at number two in the album charts.

The singer, 28, will also be seen later this year in the film Don’t Worry Darling, in which he stars alongside Florence Pugh.

Directed by Styles’ reported girlfriend, House actress Olivia Wilde, the film is set in the 1950s in an isolated, utopian community in the California desert and features an unhappy housewife and her husband, who harbours a dark secret.

Speaking about the music business, Styles reflected on how the industry can be “fickle”.

“And I think it’s so… It can’t be put better than that, I think. And it’s not an easy place to get to, because it’s a world where we all just want to be loved, and then inside that, music is an industry where everyone just really wants to be loved really bad.

“And everyone’s just kind of gagging for it in that kind of positive reinforcement.”

He continued saying: “And I think what is so exciting and dangerous about it is that you put so much love into an industry that’s so fickle in that, it loves you back when you’re doing well.

“And if you’re not, you’re just out. And it’s understandable, that it’s really scary to go away and be like, ‘No one’s talking about me”, or, ‘No one cares’, all of that stuff, get into that kind of place.

“And I have to get onto social media and remind people I’m alive or all of that stuff. And I just kind of feel like I did a lot of that constant thing when I was in the band”.

Styles recently treated fans to a rendition of One Direction’s What Makes You Beautiful with Lizzo on stage as a special guest as he opened the second weekend of the Coachella music festival.