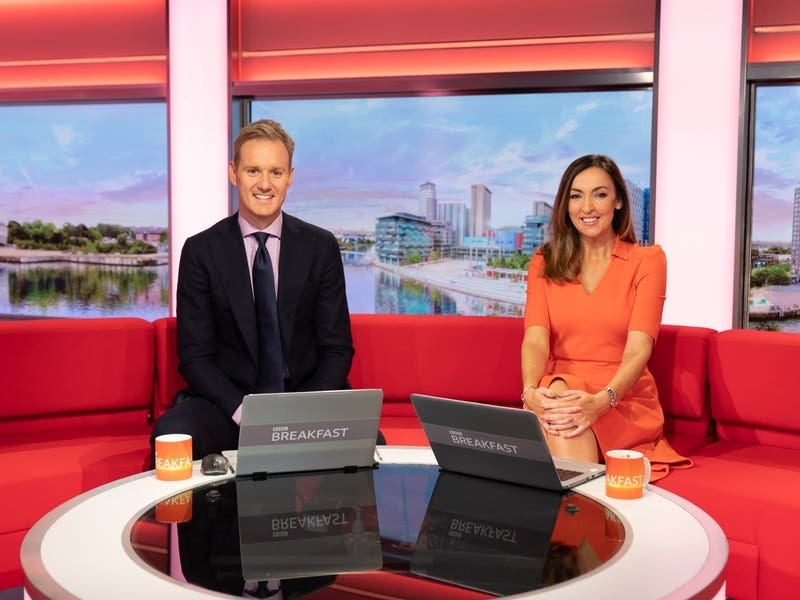 Dan Walker has revealed he only managed to lock in “two hours and 46 minutes” sleep before hosting his final BBC Breakfast due to “travel issues” the night before.

As the 45-year-old took his “final stroll” into the BBC studio in the early hours of Tuesday morning, he uploaded a video to his social media accounts saying he did not have the “best prep for the final day”.

In a previous post from the night before, Walker said he was stuck on the M4 charging his electric vehicle and joked he may not make it to the studio in time.

On Tuesday morning, he managed to get home eventually but it was late in the evening, so he only got “two hours and 46 minutes’” sleep.

Despite that, he commented on the “glorious morning” and said he was heading into his final show “armed with cakes for the brilliant breakfast team who have been a pleasure to work for the last six years”.

Walker, who had been a fixture on the show since 2016, announced his departure earlier this month.

He leaves the BBC to join Channel 5 to become the lead anchor on 5 News.

He took part in the 2021 series of Strictly Come Dancing, revealing he signed up for the show to do something “fun” and have a “giggle” after reporting on difficult news stories during the pandemic.

Beginning his final week at the BBC, Walker said he was “very sad” and posted a video on social media using a viral snapchat filter that gives people a permanent sad face.

He revealed co-presenter Sally Nugent, who took over from Minchin in September 2021, had wanted “absolutely nothing to do with (the video)”.

He previously told Nugent that it would be nice to be getting slightly more sleep in his new role but that the decision to leave had also been a “big” and “sad” one.

“It is nice but, as I have explained to you, it’s also quite … it was a big decision and it’s quite a sad one as well,” he told her on the programme.

“The other thing to say is thank you to everybody who sent so many lovely messages, and one thing I have realised, because lots of people want to chat to you, don’t they, about this programme, because it means an awful lot to an awful lot of people, it’s reminded me how special this show is and how much everybody who watches it loves it, so thank you very much to everyone who’s come up and said some lovely things.”