Is an Asian hornet hibernating in your garden? 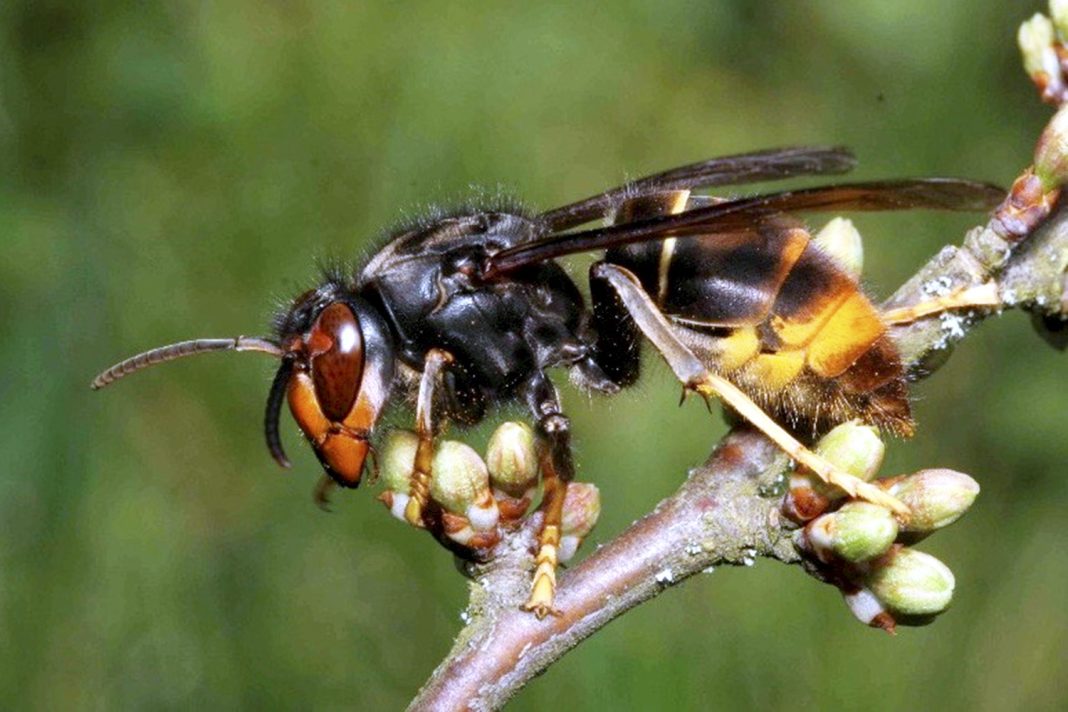 Although the threat to honey bees from the Asian hornet is over until next spring, Bob Hogge says the public must remain vigilant and report anything suspicious to the Environment Department.

‘If people are tidying up their gardens can they please look in a hedge and if they see something mysterious that looks like a ball of paper, don’t think it’s a bit of litter that someone dumped there,’ he said.

‘It could be an old hornet nest and if we can locate them over the winter, it will help us to track the queens in the spring when they come out of hibernation to feed and set up new colonies.’

The first sighting of an Asian hornet in Jersey was at Mount Bingham in August 2016.

Between April and October this year 15 nests were found and destroyed by Environment officers working alongside beekeepers and specially trained pest controllers to try to contain the outbreak.

Mr Hogge says the queens have now left their colonies, which will die off as the weather gets colder.

‘They can come out of hibernation on warm days to feed and they are likely to head for a camellia bush if there are large flowers on it,’ he said. ‘They can also be found in hibernation in a shed, where it’s a bit warmer, or in a hole in a tree or even in a compost heap.’

The invasive insect has spread rapidly through France and into Belgium, Germany, Spain and the British Isles since it first arrived in Marseilles, in a consignment of flower pots from China, in 2004. A single colony can contain up to 6,000 insects.

Once a queen has bred in the autumn she leaves her colony to hibernate, ready to establish a new nest in the spring.

When a colony has outgrown this primary nest, insects move to establish a larger secondary nest.

These are usually often located at the top of tall trees but some of the nests found in Jersey this year were in lower branches of trees in gardens and at ground level in hedges and undergrowth.

Anyone sighting a solitary queen or a nest should call 441600.