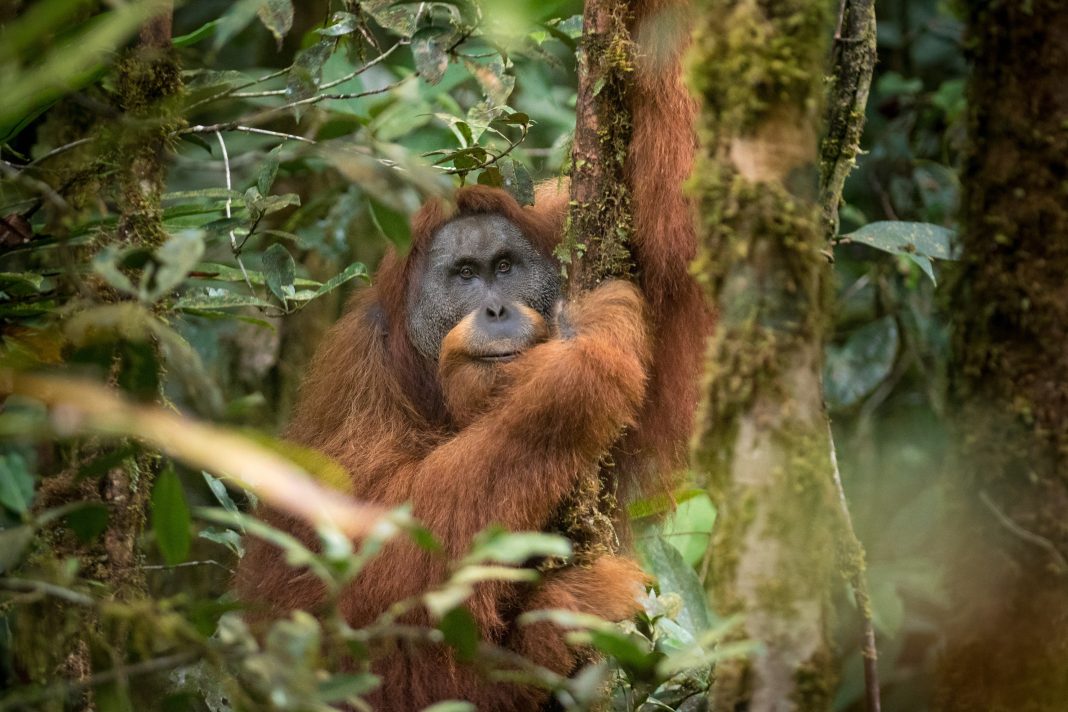 The new species of orangutan, the Tapanuli, was first written about in an article in the scientific journal, Current Biology, by a team of Indonesian and international scientists.

Former Jersey Zoo keeper Dr Ian Singleton set up the Sumatran Orangutan Conservation Programme, which was founded in 1999, and has been working on improving protection of the Tapanuli orangutans and their habitat since 2005.

There are now fewer than 800 Tapanuli orangutans left in the world and the population has already been divided over three forest blocks separated by roads and agricultural land.

Researchers say that urgent conservation efforts are now needed to ensure the survival of the species.

Dr Singleton said: ‘It is fascinating that this population of orangutans differs so much from the orangutans in the north of Sumatra, and that even in the 21st century a new species of great ape has been discovered.’

The Sumatran Orangutan Conservation Programme works to rehabilitate and reintroduce into the wild orangutans that have been captured as illegal pets or harmed by forest fires.

In September Take That performed at the Investec Rainforest Ball at Jersey Zoo to raise money for Durrell and the Sumatran Orangutan Conservation Programme.

The new species of orangutan is now only found in the Batang Toru ecosystem in the north, central and southern districts of Tapanuli, in the province of North Sumatra, south of Lake Toba. The small population of orangutans survives in about 1,100 square kilometres of its habitat which remains.

Mining concessions, a proposed hydrodam and illegal logging all continue to threaten the Tapanuli orangutans’ habitat.

Research published in the scientific paper shows that the Tapanuli orangutan is genetically and morphologically distinct from both Bornean and Sumatran orangutans – the kind kept at Jersey Zoo – and is therefore a separate species.

According to the findings, the Tapanuli orangutan is more closely related to the Bornean than it is to the Sumatran orangutans living further north in and around the Leuser ecosystem, in Aceh and North Sumatra Provinces.