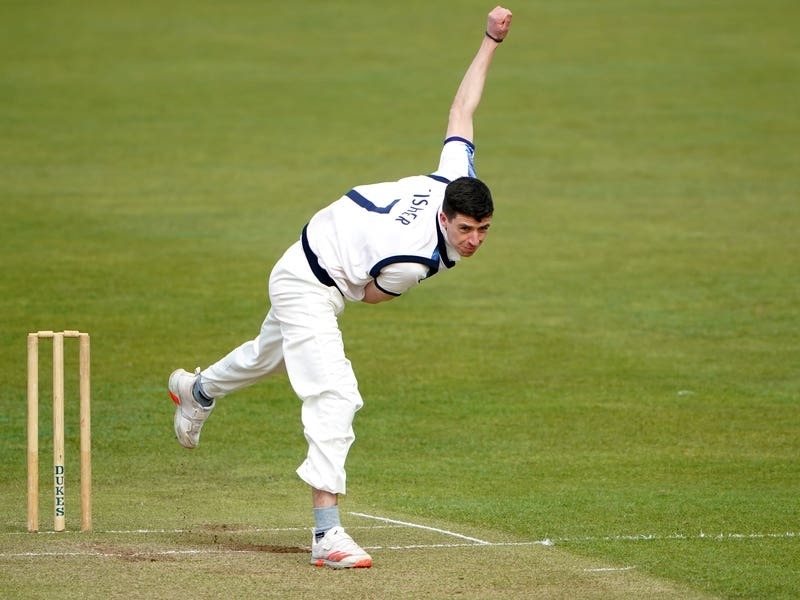 FARMERS’ never-say-die attitude shone through in the European Cricket League.

While they fell short of their ultimate target, they have come back to Jersey with some valuable cricketing lessons and a strong desire to return to that stage.

‘We went out hoping to qualify for the finals week and do the best we could in the tournament. Unfortunately, we didn’t quite make it to the finals, however we came across a lot of experienced T10 players in some opposing sides. The quality of our group was very high – commentators and those in the know said the standard of our group was the highest in the competition,’ said Farmers captain James Perchard.

‘The standard was excellent. Although we’re disappointed we didn’t qualify for the finals week, we’re certainly proud that we gave a good account of ourselves and got stronger as the week went on and we ended the tournament a better side.’

Their team spirit was more than evident as a tough start to the week, which produced only one win from five in the round robin, was turned around.

They went on a run in the eliminators, beating GEK Corfu and Malo, from Portugal, and then Dutch side HBS Craeyenhout in a nail-biter, Ben Kynman getting the one run needed off the final ball to send them into the semi-final against Spanish champions Pak I Care.

Farmers lost that tie, with the game largely taken away from them by big-hitting opener Muhammad Babar, who fired 75 runs off just 35 balls.

‘The team spirit was excellent. It’s easy in tournament cricket to crumble after successive defeats, but we brushed ourselves down after that. Credit to the boys, the never-say-die attitude came out and we came out fighting.’

Perchard praised the positive influence of Jonty Jenner as a coach in the changing room.

The eliminator stage was all about ‘do or die cricket’, and Perchard said his side rose to that challenge, another plus for the young team.

The nature of T10 cricket is that losses are almost inevitable – no side made it through the week undefeated.

‘You are going to get a game with your name on it, that’s what we found with the match we got knocked out in,’ said Perchard.

Their game against HBS Craeyenhout epitomised contrasting batting approaches to chasing a total.

‘We played very good cricket for most of the game, I like to think we were in the mix for most of it. We got to the final few overs and the message from the dressing room was to make sure our batters stay in and are there in the last over, whereas other teams would go out swinging and risk losing five or six wickets.’

Even in their semi-final loss, Farmers managed the powerplay well, with the runs piled on after the fifth over.

‘It is difficult when you come across a player as destructive as Babar. He has the highest boundary percentage in the tournament per run scored, 87% of his runs came from boundaries.

‘We were still hopeful we could chase them down, but our batters didn’t fire.’

Out in the field, Farmers entered the week feeling that they would be one of the strongest units in the tournament, something that panned out as the days advanced.

The main take home from bowling was the need to move the ball in the air – again, as the week wore on, the bowling unit achieved that.

Farmers’ batting approach was about taking appropriate risks and building an innings, it contrasted with their opponents who, with different types of batters, were trying to build runs very quickly.

Perchard thanked the travelling supporters, and all those back in Jersey.

‘It really makes a huge difference,’ he said.

‘The level of professionalism of the tournament was amazing, and for club players like myself, playing on that stage with that exposure was key.’

Perchard is hungry to go back for more.