Roman Abramovich: Questions about unlawful raids to be raised in the States Assembly

QUESTIONS about unlawful raids carried out on premises allegedly connected to Russian billionaire Roman Abramovich are due to be raised in the States Assembly.

Deputy Sam Mézec said he would be seeking information from Attorney General Mark Temple on what he was doing to ensure his department – and those who operate under it – ‘abide by the rule of law’.

Deputy Mézec, who chairs the Corporate Services Scrutiny Panel, spoke after court documents released to the JEP and Bailiwick Express on Friday confirmed that search warrants, used by police officers seconded to the Economic Crime and Confiscation Unit, were ‘obtained unlawfully’.

The unit raided two properties in April this year, shortly before more than $7 billion-worth of assets suspected to be connected to Mr Abramovich being frozen by the Royal Court – by means of a formal court order known as a ‘saisie judiciaire’.

The documents also showed that, at an unpublicised Royal Court hearing on Wednesday, Chief of Police Robin Smith agreed to apologise to two applicants – reported by news agency Reuters as being the two companies searched – and pay damages to them from public funds.

The applicants, whose lawyers’ names were blacked out on the document provided to the paper, are understood to be local financial services firms allegedly linked to Mr Abramovich.

Following this, the JEP asked the government for further information on the public funds that would pay for the damages ­– including who they would be paid to – but was told that the Treasury Department ‘will not be commenting on this’.

Deputy Mézec said: ‘I will be lodging an oral question to the Attorney General to find out what the breach was, how it happened and what he is proactively doing to make sure his department – and those who operate under it – abide by the rule of law.’ 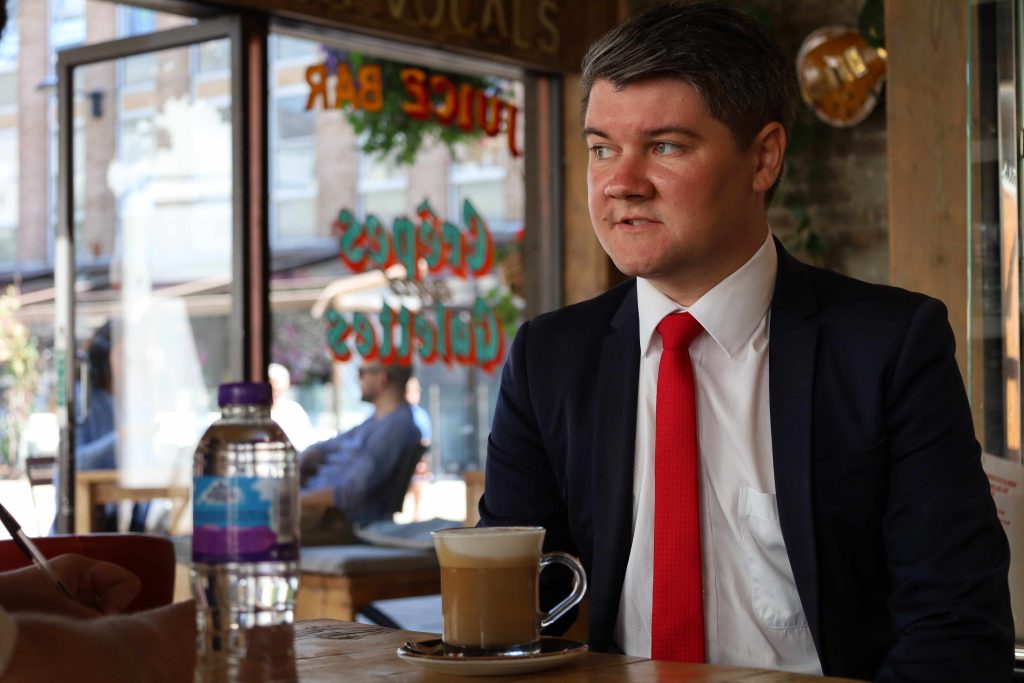 Reform Jersey leader Deputy Sam Mézec
Reform Jersey’s leader added it was ‘clearly in the public interest’ to know as much as possible about the situation and that ‘the amount of damages to be paid is part of that’.

In a statement released on Friday following a senior-level meeting between government officials and representatives from the Law Officers’ Department, Chief Minister Kristina Moore said she had requested an independent review into the searches.

‘I should be clear that the Jersey authorities will never make funds available to anyone designated under UK or UN sanctions. Our sanctions authority acts without fear or favour and all sanctioned individuals have access to proper licence arrangements,’ she added.

Former advocate David Petit, a director of a local trust company, said that ‘questions should be asked of the relevant departments and agencies’.

‘Allowing Abramovich to place some of his wealth here, aggravated by the error in the search warrant, seriously endangers the financial reputation of Jersey,’ he added.