Historic batons discovered in a cupboard to go on display 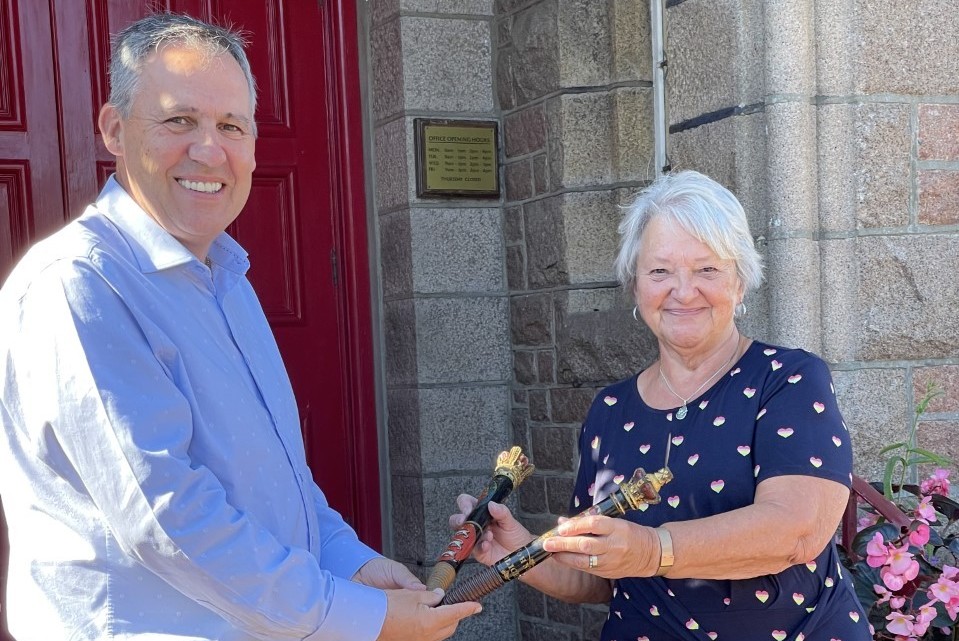 The historical artefacts, which are both variants of the ‘Baton de Justice’ used by the Island’s honorary police force, were discovered by parishioner Gwen Ormerod while clearing out her family home.

They had previously belonged to her father Roy Barette, a former Centenier who spent about 20 years with the St John Honorary Police before he died in 1971.

Ms Ormerod has decided to return the batons to the parish, so that they can be put on display.

She said: ‘I knew what they were straight away, but they came as a total surprise – I found them in a cupboard.’

‘I’m delighted that they can now go on display, as what else would I have done with them?’

St John Constable Andy Jehan said he was ‘thrilled’ that the batons could now be shown to future generations as an example of St John’s and Jersey’s heritage.

He said: ‘He (Roy) is legendary in the parish. He was also a big supporter of football within the parish and everyone I have spoken to speaks very highly of him.

‘We are going to try and get a proper display cabinet [for the batons] and put a bit of history alongside them. It is clear they are from St John and we are absolutely thrilled to display them.’

The origin of the Baton de Justice can be traced back to a former Lieutenant-Governor, General Sir George Don, when he was overseeing an extensive road-building programme to help fortify the Island against the threat of attack from France in the early 19th century. They were presented to each of the Island’s Centeniers to help them uphold their authority as parish representatives.

Large wooden batons fell out of use from the 1930s as the enamel lapel badge was much more convenient to carry – although presentation batons of all types have been given out over the years.

Mr Jehan said: ‘The parishes have so much heritage and we would welcome any more memorabilia that showcases that.’

He added that St John was seeking new recruits for its honorary police force, and anyone interested in the role should contact the Parish Hall on 01534 861999.