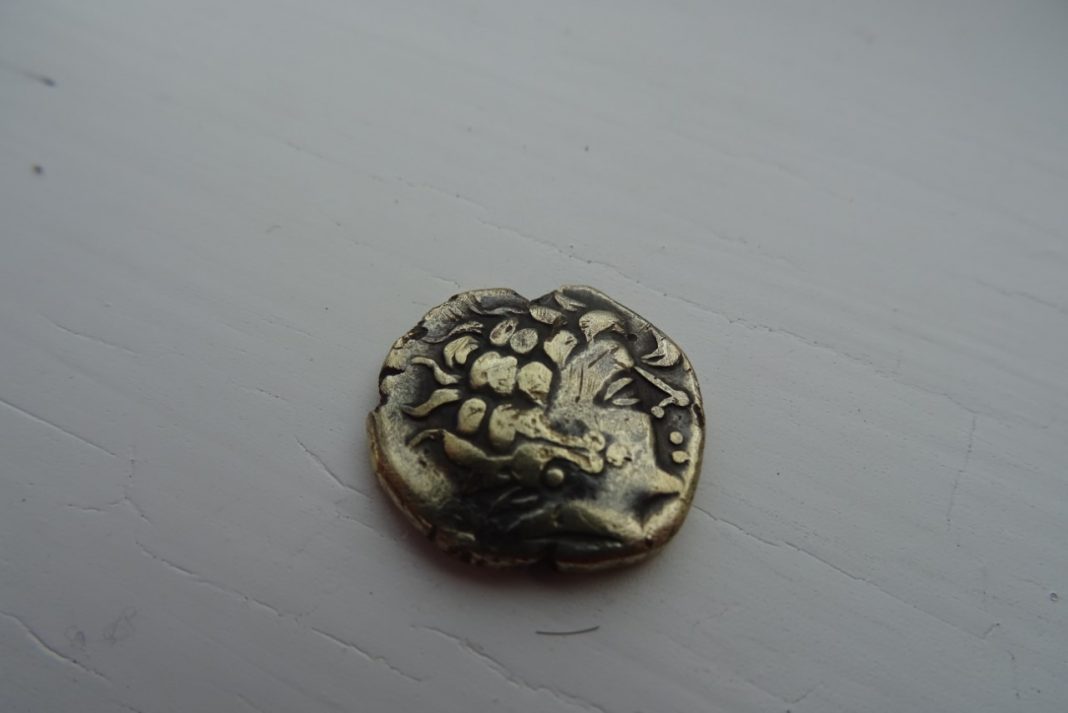 Deryck Egré found the coin – a gold stater of the Aulerci Cenomani tribe dating back to around 100 BC – in a field in St Martin, after 24 years of regular detecting.

Mr Egré said he had settled with the landowner so that the coin could remain in his collection, and that he was unlikely to sell it as ‘it is part of Jersey’s heritage’.

‘I thought it was a fake,’ he said. ‘I didn’t think I could ever be that lucky.’

There are only around 20 known coins of this type, five of which have been found in Jersey. 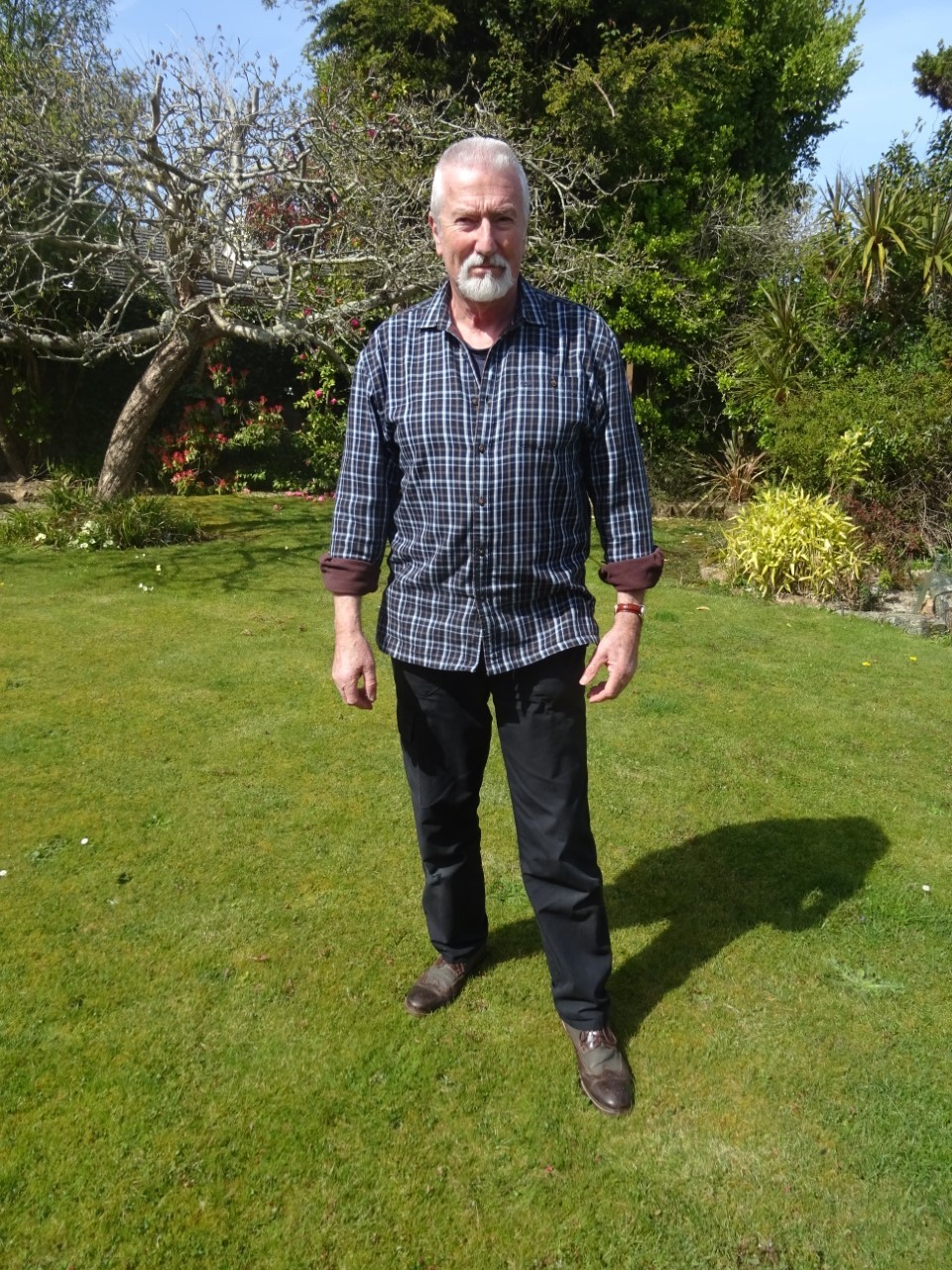 ‘It is astounding that it survived in the ploughed soil this long and hasn’t been chewed up by the unforgiving farm machinery – as not much survives modern farming methods,’ he said.

‘When I first spotted the coin I thought it was a button from a ladies’ cardigan. It was covered in mud and I couldn’t see the face. It wasn’t until I turned it over that my heart missed a beat when I saw the brilliant portrait of a winged horse with a human head. Then I realised I had found a full gold stater.’

Mr Egré is one of four detectorists who spend mornings at La Hougue Bie identifying coins and artefacts found by local detectorists and the general public.

‘I would like to thank Philip de Jersey, the Guernsey archaeologist, numismatist and writer for his help in getting me the reference number for the stater,’ he said.