Jersey ‘needs a casino’ – and a strip club?

Jonathan Ruff, a property developer who previously ran Café Quest, Tamba Park and Tamba Arcade, made the comments after submitting a planning application to convert the former Magic Touch store at the Weighbridge into a restaurant.

Plans have also been lodged by BCK Holdings to convert the former Halkett Street Austin Reed store – which has been vacant for almost six years – into a restaurant.

Mr Ruff said that, unlike retail, hospitality was not something that could be done online and there was likely to be pent-up demand among consumers.

‘Retail has suffered and will continue to suffer. People are using online more than ever now and people who did not previously go online have been forced to by the pandemic.

‘I think a lot of those people will not go back to shopping in stores. But one of the things you cannot do online is entertain people,’ he said.

‘Hospitality will 100% bounce back. We have got 120,000 people on this island and they all need to be entertained.

‘The question is not whether the industry will recover but when it will recover and when people will start going out again.

‘I just hope that people who are already in the game will be able to survive through this and still exist on the other side. It has been well reported that these businesses are struggling, but it is a lot more difficult than people actually realise – many of them are absolutely skint.’

Mr Ruff added that he was not able to provide any details about the proposed restaurant as he was only the owner of the building which he was leasing to the operator. Despite this, he said it would be ‘very cool’ and there was ‘not one in Jersey like it’. 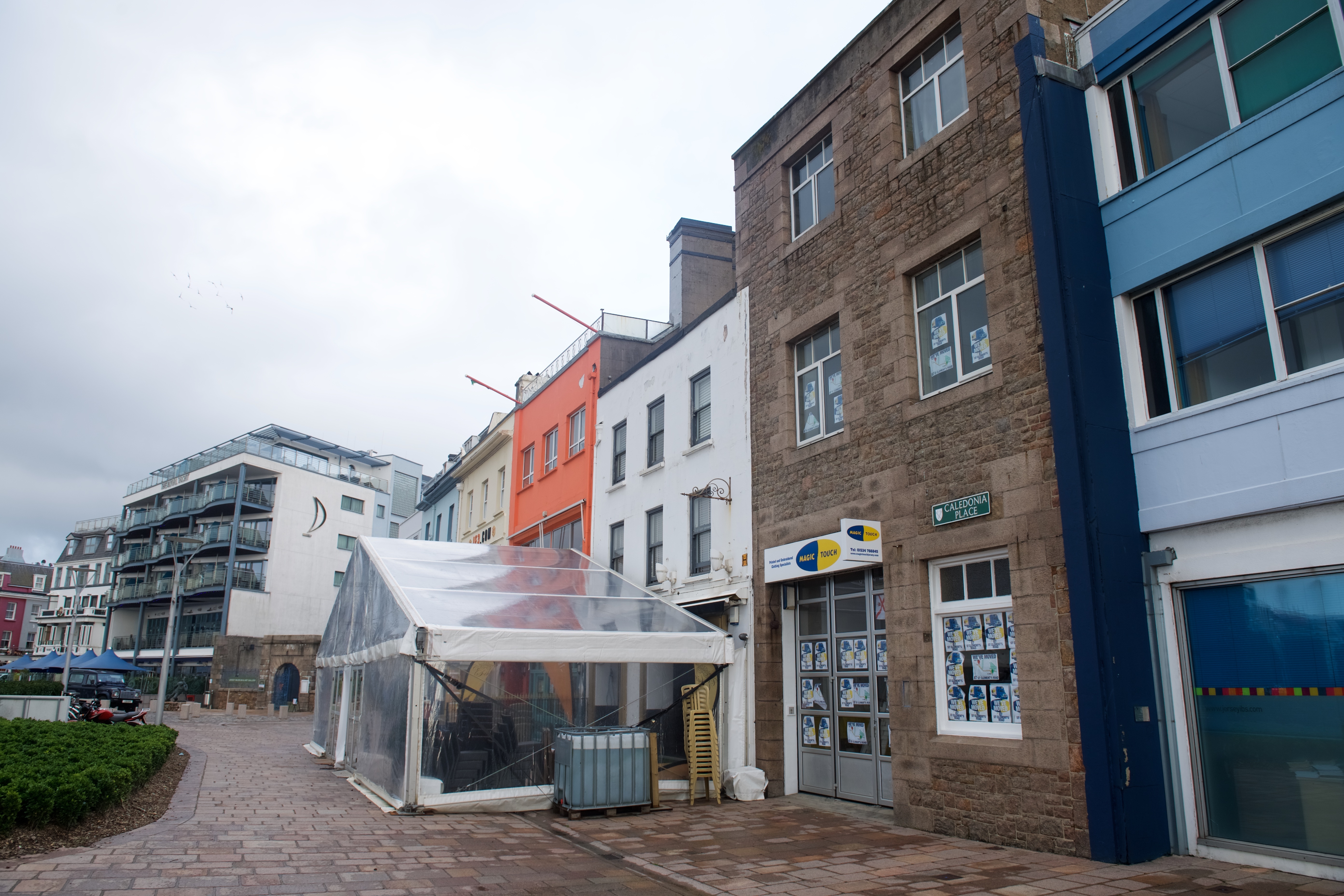 In 2003, it was proposed that a casino should be built at Fort Regent with ‘luxury’ cable cars – funded by the venue – linking the complex to the Waterfront. At the time it was suggested the idea could create jobs and encourage more people to visit Jersey.

Mr Ruff said that a casino was one of the types of venues that the Island should consider.

‘Jersey needs a casino – I really do not know why we do not have one. It will create jobs and I think there are so many people in the Island who would like one – not to mention the tourists it would attract,’ he said.

‘I spoke to the Gambling Commission about this quite a while back and I was looking at buying a church opposite La Capannina, but there were so many restrictions on it. Finding the right building for it would be a bit tricky.

‘We could also have a strip club or some sort of adult entertainment venue – just stuff that would entice holidaymakers here. Although we should keep them we cannot just rely on our green fields and country lanes. We need other things that will entice people here and provide entertainment for Islanders at the same time.’

This week, it was announced that Ports of Jersey had lodged a planning application to demolish the Albert Pier ferry terminal and install marina berths – capable of accommodating some of the Island’s largest private vessels – alongside the site. The plans are part of a bigger multi-million-pound project to regenerate the Harbour.

Mr Ruff praised those behind the idea, adding that he saw a lot of business potential within the Island’s harbours.

‘I really like what Ports of Jersey are doing on the Albert Pier at the moment by creating bigger berths and I think we need to start making better use of our harbours to attract people down there,’ he said.

‘I think there should be more stuff in the water and we could bring in a floating hotel – the only problem is that there are not many places you can put it. You can buy these big old ships from the 1950s and 1940s that are in amazing condition with 30 to 40 bedrooms and although they are not good enough to be ocean-going anymore they would be fantastic to have as a static fixture.

‘You see them all around the world – there is a good one in Gibraltar and they have the QE2 in Dubai. It could be really good.’

The applicant behind the Halkett Street restaurant plans was contacted for comment but had not responded at time of publication.