At 10.39am on Thursday the emergency services received a number of calls about the fire on Mont de Gouray, which produced a plume of smoke that was visible from miles away.

Two fire engines crewed by nine firefighters were sent to the scene from the St Helier station, while States and honorary police officers closed roads in the surrounding area.

Paramedics also treated one man, who had entered the burning building in an effort to put out the fire, for minor burns to his hand.

He was not taken to hospital. The Fire and Rescue Service say that it is likely the blaze was caused by a fault with an electric bike which was on charge. 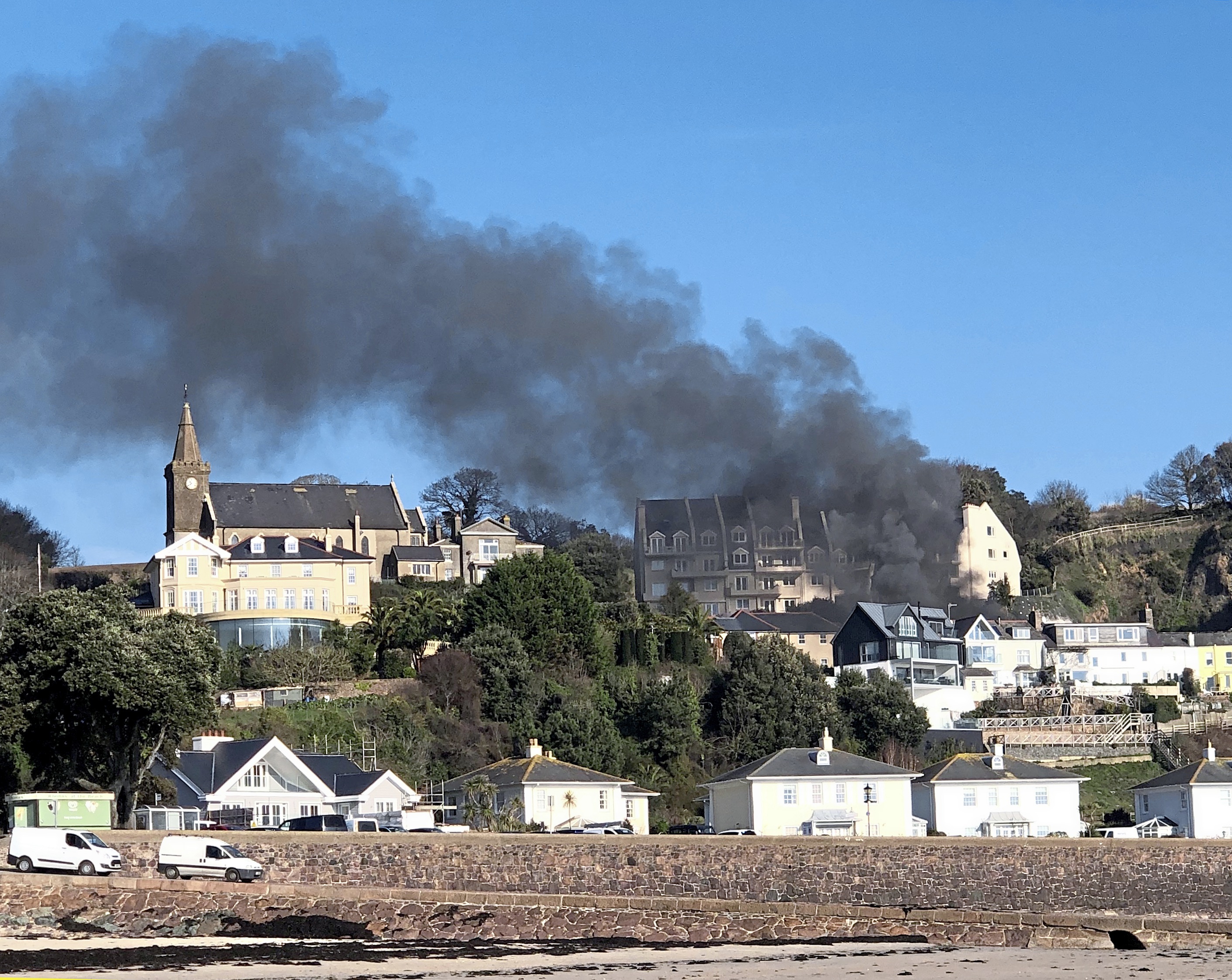 Paul McGrath, station commander, said that his firefighters managed to save around 90% of the artist’s paintings and move them to the roadside.

‘The lady’s life’s work was stored on the first floor of the building that caught fire. Our main job is to preserve life, but our other job is also to salvage property if we can,’ he said.

‘After carrying out a risk assessment we went into the studio and brought out the paintings. I am sure there were some that were smoke-damaged but we managed to get about 90% out.

‘The ground floor was totally gutted and they will now need to get it structurally assessed, but the first floor looked OK.’ 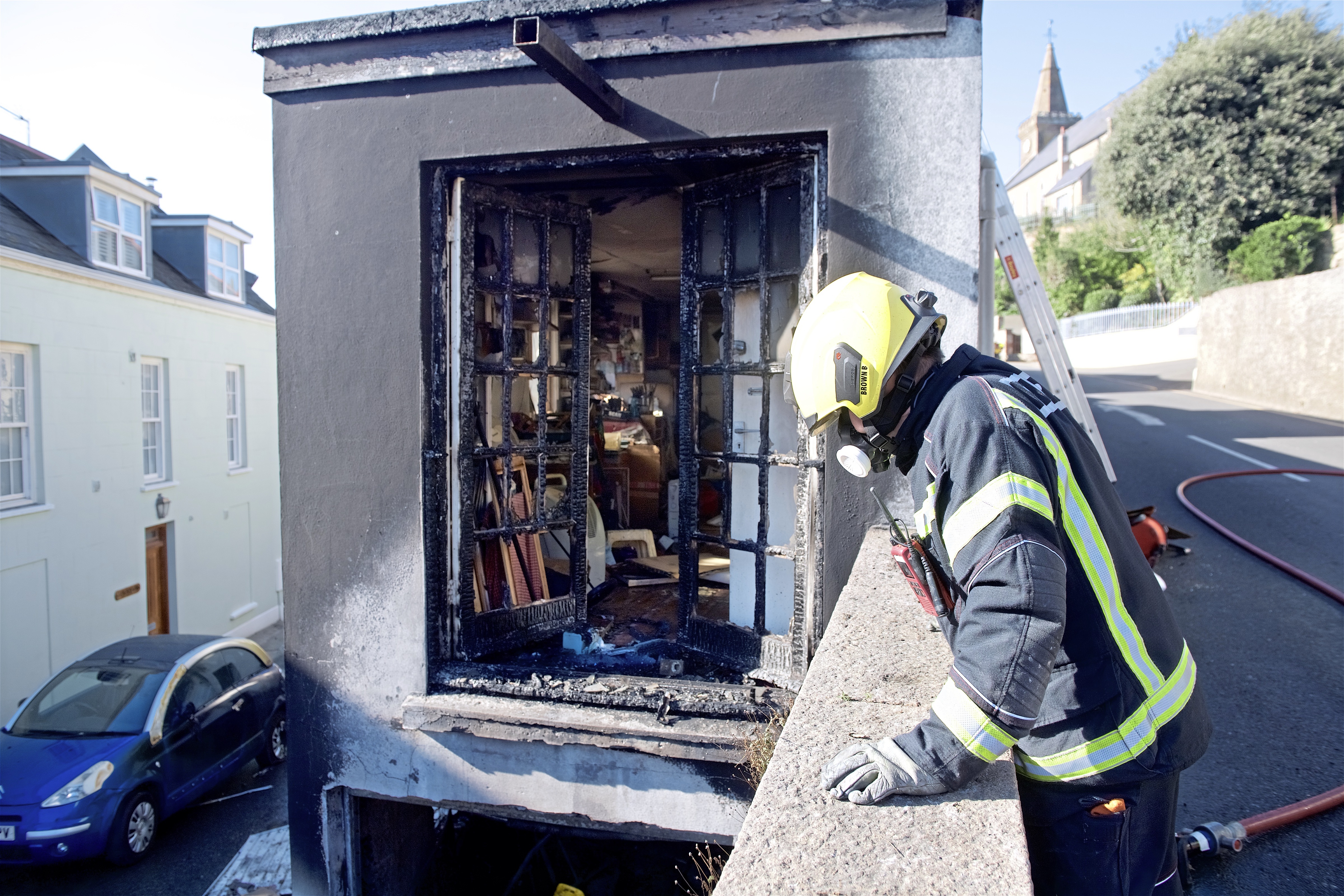 Mr McGrath also issued a message to Islanders urging them not to enter burning buildings.

He said: ‘The owner got a knock at the door from the post lady telling them that the property was on fire, so the owner picked up a powder extinguisher and tried to extinguish it.

‘He went into the building but did not go very far. He was treated at the scene for a burn to his hand. I would like to issue a message to people to say that if their building is on fire, to get out and stay out.

‘This could have been a lot worse and he has been very lucky.’ 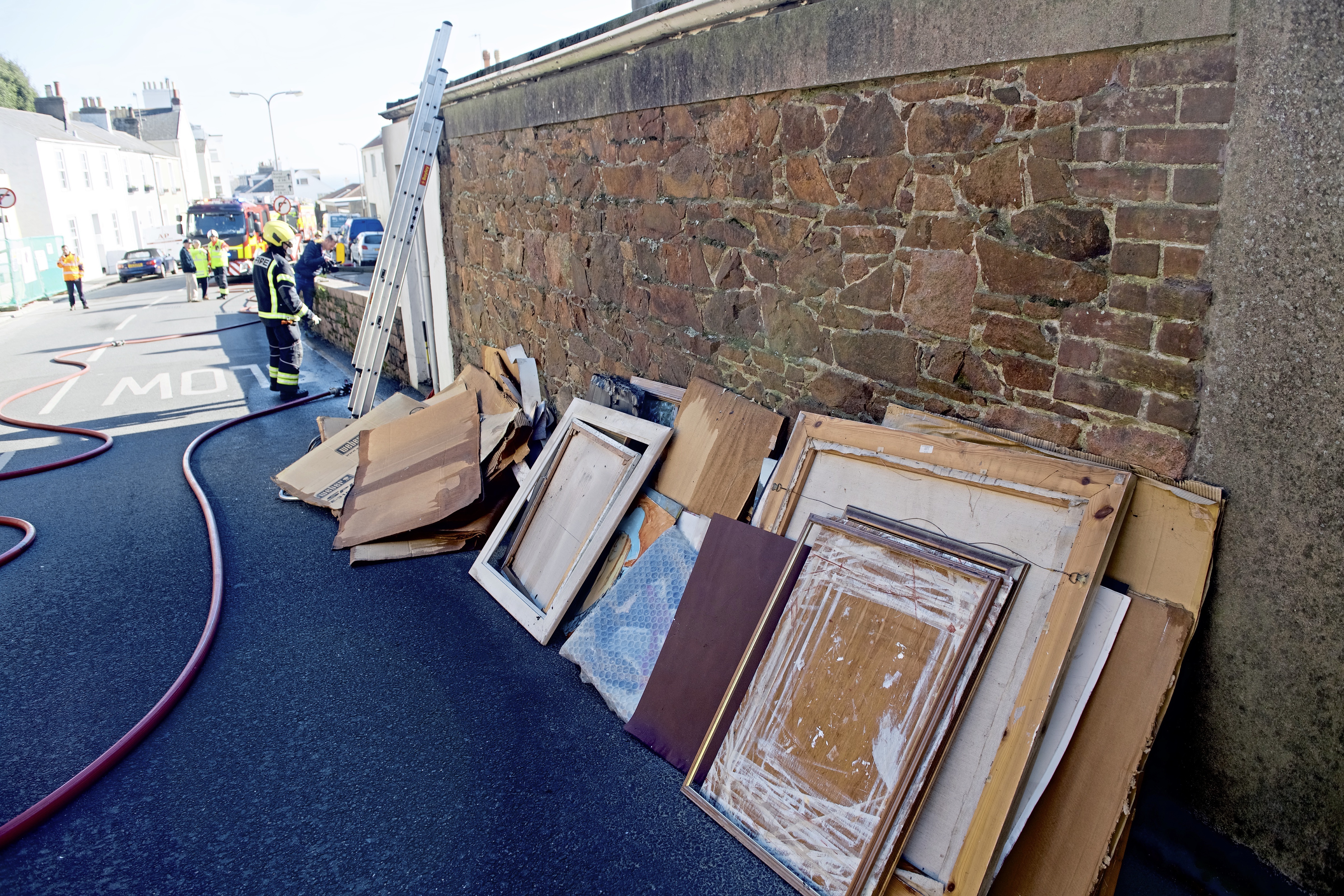 The firefighter added that the blaze had taken up to an hour to tackle and had reignited several times.

‘We got it under control in about 20 minutes, but it took about 45 minutes to an hour to fully extinguish it, as it kept flaring back up,’ he said.

‘It is an artist’s studio, so there were gas cylinders, paints and thinners in there.

‘By the time we arrived it was fully developed – there were a lot of flammable products.’

Jersey Electricity engineers were also put on standby to disconnect the substation adjoining the studio, but this was not deemed necessary.