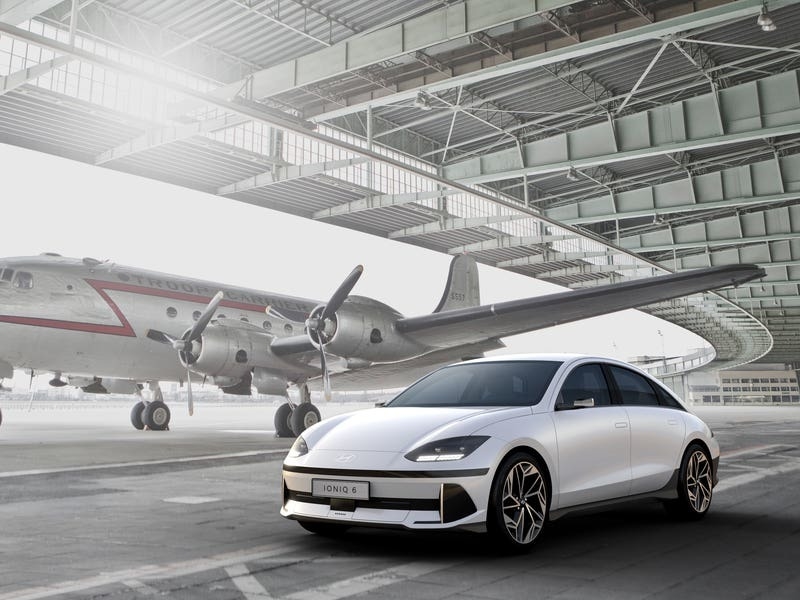 Hyundai has revealed the latest car to sit within its newly created Ioniq EV brand.

Called the Ioniq 6, it follows on from the successful Ioniq 5 and draws inspiration from Hyundai’s Prophecy EV Concept.

It retains much of the concept car’s sleek, aerodynamic appearance, too, with clean lines and a stripped-back front-end design. Billed as an ‘electrified streamliner’ by Hyundai, the Ioniq 6 has a low drag co-efficient thanks to its low nose, wheel gap reducers and active air flaps at the front. At the rear is a small spoiler, which features a ‘boat-tail’ design.

Because the Ioniq 6 sits atop Hyundai’s Electric Global Modular Platform (E-GMP) that has been designed specifically for electric vehicles, it can offer plenty of interior space as well as a completely flat floor. There is also a 12-inch touchscreen infotainment display in the middle of the dashboard, sitting alongside a secondary 12-inch driver display.

A number of eco-friendly materials have been used across the Ioniq 6, including upholstery made from recycled PET fabric for the seats, bio paint derived from vegetable oils for the doors and recycled fishing net carpet.

Hyundai hasn’t given any details about the Ioniq 6’s powertrain just yet, but it’s likely to follow in the same vein as the Ioniq 5. A 72.6kWh battery in Long Range cars would allow for around 315 miles to be travelled between charges. Hyundai has stated that the Ioniq 6’s full premiere will take place in July, with full details revealed at that time.