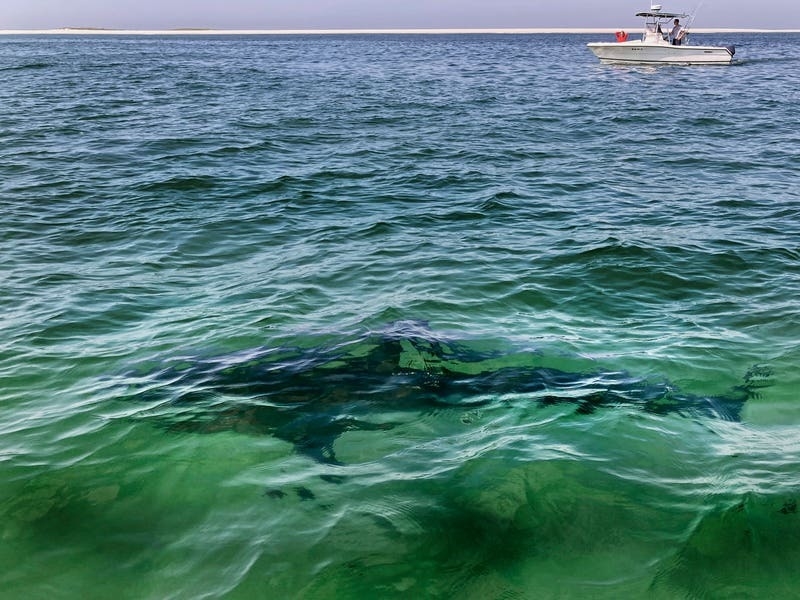 Great white shark researchers on Cape Cod are reminding visitors that warmer weather signals not just the start of the busy tourist season, but also the arrival of the region’s famous predators.

July tends to be when great whites appear in earnest as the cape’s waters warm, with sightings peaking from August through October, Megan Winton, a scientist with the Atlantic White Shark Conservancy, said during a news conference at the organization’s offices in Chatham on Wednesday.

“Just know that large sharks are here,” she said.

“They’re a constant presence from June to the fall (autumn).”

A great white sighting forced the temporary closure of Head of the Meadow Beach in Truro on Tuesday.

Greg Skomal, a state marine biologist who has been studying the region’s great whites for decades, said the animals still tend to be concentrated on the Atlantic Ocean-facing side of the cape, where they feast on a flourishing seal population.

He advised beachgoers to be most vigilant when swimming off beaches where the shoreline quickly drops off into deeper waters.

“Sharks will come close to the shore when they have water depth,” Mr Skomal said.

They say the ongoing research has helped increase beach safety by giving local officials and beachgoers alike a better understanding of where great whites tend to appear, as well as what times of the day they tend to be most active.

Mr Skomal says there’s been a marked change in beachgoer behaviour since the region saw two shark attacks on humans, one of them fatal, in 2018.

Many are increasingly keeping closer to shore when they swim, with others not venturing into the waters at all, he said.

“At the same time, this is an important place for people to recreate, so it’s important to find ways to coexist.”