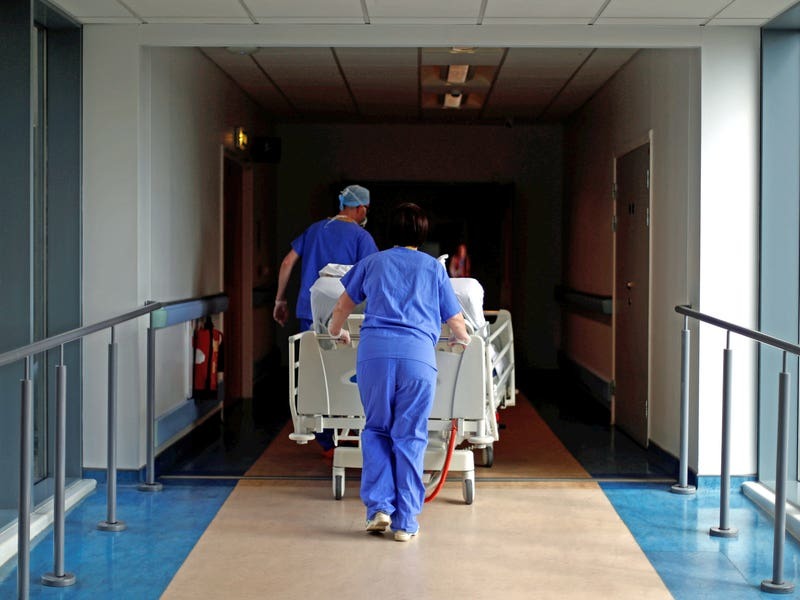 The NHS’s use of private hospitals during the coronavirus pandemic has been investigated following the death of a man.

Concerns were raised that some private hospitals took on more complex surgery than they were used to.

And investigators also suggested that there are some “safety risks” when organisations take joint responsibility for a patient’s care, including lack of clarity over roles and responsibilities, and problems with communication.

The Health and Safety Investigation Branch (HSIB) launched an inquiry after a man died following NHS care in a private hospital.

However, his operation at an NHS hospital was cancelled and rebooked at a private hospital nearby after cancer services were transferred to local independent care providers.

Rodney was asked to sign a consent form for open bowel surgery, rather than the less invasive keyhole procedure, due to guidance at the time around a “potentially increased risk of Covid-19 transmission with laparoscopic surgery”, the HSIB said.

The cancerous part of the his bowel was removed but eight days later his condition deteriorated rapidly and he was transferred to the local hospital so he could receive intensive care – which was not available at the private hospital.

When he arrived at the local NHS hospital, a scan and more surgery showed a leak in his bowel which led to sepsis and organ failure. He died later that day.

As a result of the case, the HSIB launched an investigation into NHS surgical services being carried out in independent hospitals as a result of “dynamic situations” such as the coronavirus pandemic.

– The capability and capacity of independent hospitals for the provision of surgical care was found to “vary” across the country.

– Other factors that created risks included “unclear roles and responsibilities; limited integration of information and communication systems; and variation in what surgery was deemed suitable for an independent hospital”.

Its report highlighted that, during the pandemic, a national agreement was put in place to secure extra support from the private sector, including certain types of surgery.

The HSIB added that NHS patients have previously been cared for by private health providers and will continue to do so for many years to come.

The investigation also identified safety risks associated with the assessment of patients prior to surgery, but the HSIB said these could be reduced with “successful collaboration between the NHS and the independent sector”.

It made six recommendations to “improve surgical pathways”.

“The health service continues to deal with the repercussions of the pandemic and the services and pathways that have been implemented between the NHS and the independent sector are likely to continue in response to these ongoing pressures.

“The reference case we examined and the national investigation findings highlight that, if there are any gaps in the surgical care pathway, the impact can be devastating on patients, families and healthcare staff.

“The report emphasises that successful care between the NHS and independent hospitals is underpinned by strong collaborative relationships where there is proactive resource planning and good transfer of information.

“Covid-19 demonstrated that the capability and capacity of independent hospitals could be used as part of an integrated system, and we have designed our recommendations to support the safe delivery of NHS-funded care so that it could be used to respond to future challenges.”

David Hare, chief executive of the Independent Healthcare Providers Network (IHPN), said: “This unprecedented agreement, put in place in March 2020 during a period of significant upheaval and uncertainty in the healthcare system, resulted in the delivery of over 3.2 million NHS procedures, including over 160,000 life-saving cancer and cardiology treatments.

“With independent healthcare providers continuing to play a key role in supporting the NHS to clear the elective care backlog, it is vital that the NHS and independent sector can continue to work seamlessly together to deliver the safest possible care for patients.

“This is something IHPN have long been calling for and which will ensure the NHS and independent sector can work together to improve patient access to high-quality care in the months and years to come.”