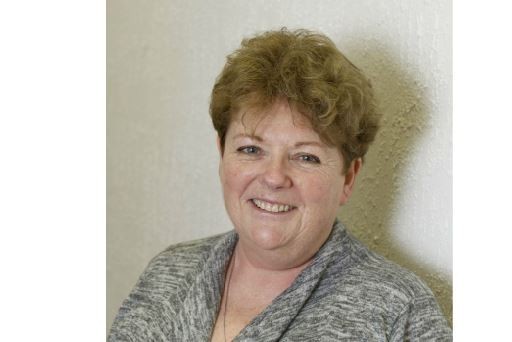 LET me paint a hypothetical scene of a welcome drinks party – naturally socially distanced and restricted to numbers according to the Covid rules of whichever country it is being held in – of a convention of scientists and inventors.

As the delegates quaff free drinks and nibble on canapés, free at last from laboratories and top secret test sites, they are eager to find out what world-changing or life-saving developments are about to be revealed. In one huddle are top medics taking a well-earned break from tweaking Covid vaccines to combat all variants, exchanging pleasantries with a gaggle of NASA bods involved in the mission to Mars.

Out on the terrace, enjoying the cool night breeze there is a coterie of green-energy boffins in heated discussion about climate change with oil industry executives while a nervous-looking group of food scientists from Oxford University try to blend in with the wallpaper.

Just what, you ask, could they have been working on? Answer: the best way to eat a chocolate biscuit. Hello?

They have devoted many hours, and no doubt consumed many biscuits, on this project including eating the snack chocolate-side up, chocolate-side down and with a flip. To which one can only say ‘flipping heck’ but only because this is a family newspaper and a far stronger Anglo-Saxon expletive also beginning with ‘f’ is not permitted.

And the result of this research? Apparently a chocolate biscuit should be picked up coated side up so the brain registers what is about to be popped in a mouth. However, if the biscuit is flipped over before entering the aforementioned orifice, it will maximise the ‘oral-somatosensory experience’. Which can be further heightened by chewing with the mouth open.

Thankfully, this research has been funded by a household name biscuit maker, so no public cash went to waste – though one has to question if the findings are impartial.

Comforting in a way, I suppose, to know that even as the age of pandemics is dawning to herald an uncertain future for life as we once knew it, there are highly intelligent and super-qualified professionals with time on their hands to study the pointless minutiae of the human race.

APOLOGIES to REM for borrowing one of their song titles, but scientists across the pond, on the eastern seaboard of America, have been researching far more serious matters than biscuits.

In 1972, a team at Massachusetts Institute of Technology predicted that if humanity carried on pursuing economic growth with scant regards for the planet then society – and the world – would end in the mid-21st century.

One of the world’s big four accounting organisations KPMG decided to review this research in the hope of disproving the prediction.

Sit down, dear reader, you are in for a shock.

The findings were even bleaker as planet earth could experience a total societal collapse in 2040. Ah well, better enjoy the next 19 years to the full.

‘It’s the end of the world as we know it,

‘It’s the end of the world as we know it,

‘It’s the end of the world as we know it and I feel fine’.

THE Apprentice television series has produced many toe-curling moments in its 17-year run but one that takes the flipped chocolate biscuit was when the teams had to create a new budget airline brand.

The results were, as usual horrendous, with one team coming up with Jet Pop – with the tagline: ‘An explosion of fun’ and female flight attendants in skimpy PVC outfits that would conceal no one’s virtues when bending over the duty free trolley.

Like Lord Sugar, industry executives were incredulous at such a name, which would have nervous fliers heading for the nearest ferry port.

I had a similar feeling on reading last week’s story about Hungarian airline Wizz Air’s decision not to operate routes out of Jersey.

While I am perfectly content to fly – once the pandemic is under control – I am a cautious traveller who chooses carriers carefully.

I do not want planes that ‘whiz’ but ones that get there reassuringly smoothly and on time – and budget airlines are usually to be avoided.

I have the same hesitancy with Jet2. Whatever happened to Jet1?

Not everyone has to sell out

A STORY came from Poland recently to raise the spirits of farmers fearing the loss of agricultural land as Jersey – yet again – looks for sites for new homes.

Michal Myslowski, who farms outside Lublin, dug his heels in when plans were proposed to increase the city limits by building apartment blocks on a number of fields. Unlike his neighbours, Mr Myslowski refused to sell the one field he owned on the building site.

Today, the development is complete and residents have moved in to enjoy a view over an open field surrounded by tower blocks and to watch the stubborn farmer work his land.

A film of him driving his combine harvester up and down the plot went viral on social media. One Reddit user commented: ‘Good for him! Not everyone has to sell out.’

Problem is in Jersey that the majority of farmland is rented, so the people who work it, and in many cases for generations, may not have a say in its or their future.