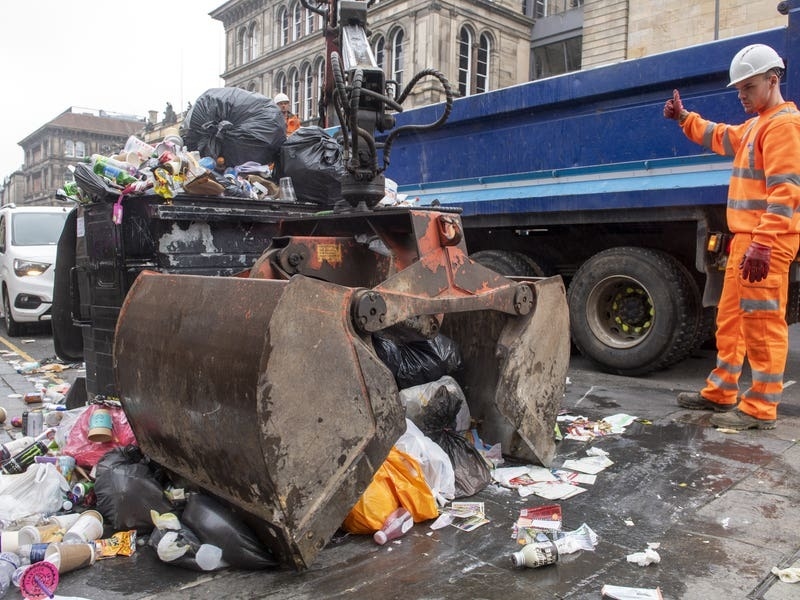 Scotland’s largest trade union has voted to accept Cosla’s pay offer in a ballot of all local government workers across Scotland.

All three unions representing local government workers in Scotland have now accepted the pay deal following a dispute which saw a wave of industrial action across the country during the summer.

He said “I am very pleased that trade unions members have accepted this pay offer which will deliver a substantial pay rise for local government workers in key roles across Scotland.

“We have worked collaboratively and held detailed discussions with Cosla and trades unions to get to this point. The Scottish Government has helped councils by funding them with an extra £140 million on a recurring basis to support the pay award.

“We are doing everything possible within the resources available to support the people of Scotland in the face of the cost-of-living crisis.”

Unison officials say the improved pay offer was made due to members taking, and being prepared to take, industrial action.

“But let’s be very clear – it was only because Unison members took, and were prepared to take, industrial action that this improved pay offer was even made. If they hadn’t stood up to their employer they would have been forced to accept a derisory 2% increase.

“It was their collective strength that forced the Scottish Government to accept they had a role to play and come up with more money but it should never have got to that.”

The union has said the Scottish Government must fund local government and the workers serving local communities properly.

Ms Baxter added: “Unison will continue to lead the campaign for investment in councils and for staff to get the pay, reward and recognition they deserve.”

Mark Ferguson, chairman of the Unison local government committee, said: “I want to thank all council workers, particularly those who took industrial action. Without your commitment we would never have secured this deal.

“I am pleased we have secured this pay rise. But let’s not pretend it will be the only thing that protect council workers against the cost-of-living crisis – we have much more work to do and we are already running our next campaign for improved council services and better pay and conditions for all council workers.”